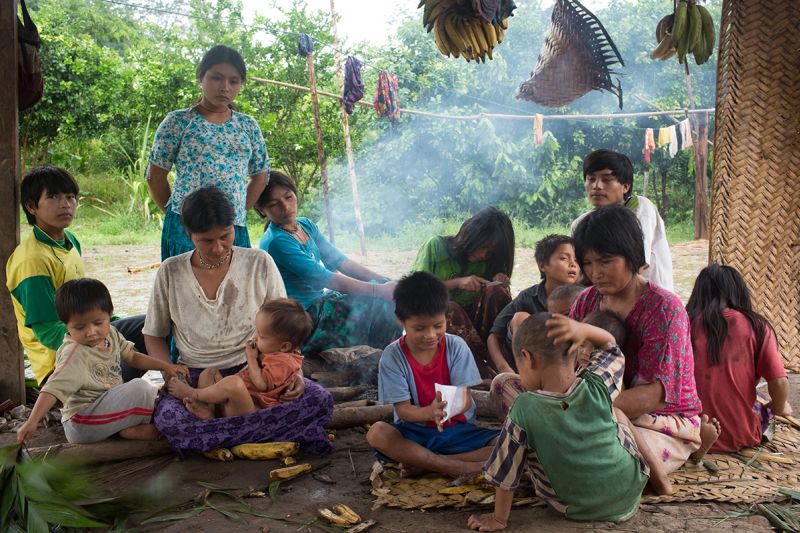 Scientists have found people with the healthiest hearts in the world. As expected, it’s all about diet and exercise, but it’s amazing how much the diet of this nation is rich in carbohydrates.

A new study, published in The Lancet, is dedicated to the Cyman people, whose representatives live in Bolivian rainforests. Scientists measured the level of calcium in their coronary arteries, and also looked for signs of clogged blood vessels, and thus determined the possibility of heart attacks and strokes. The result of the study was extremely surprising to scientists: 85% of the representatives of the cyman had no signs of calcium or clogged vessels. What kind of lifestyle do these people lead, that they have such healthy hearts even in old age?

In general, nothing unusual. They do not smoke or drink. Pass about 16-17 thousand steps a day. Even those who are already over 60 years, on average, more than 15,000 steps a day. More than 72% of calamari cyman is derived from carbohydrates, which is much more than in the US for example, and consumes far less saturated fats. Consumption of carbohydrates is demonized by modern nutritionists, as is well known, with any diet from them it is recommended to refuse first of all, and yet people with the most healthy hearts in the world live mostly on carbohydrates. This, of course, does not mean that we must urgently start eating rolls. Scientists are more surprised by the amount of physical exercises that zimane perform every day. Moreover, the study indicates that as soon as the motorized canoes and processed food appeared in the zimane, the cholesterol level of the nationality increased on average.

This is nothing new as far as diets go. Farmers had high-carb diets eating mostly grain based produce, but since they work hard in the fields for up to 15 hours a day, they burn it all. The reverse is also true, a paleo-diet is favorable to sedentary individuals.