The phenomenon of “living fossils”

The evolution of the living on Earth contains many mysteries. One of them is evolutionary jumps, during which new groups of living beings or new features appeared that changed cardinally the “design” of the organism for a small amount of paleontological time. An example is the origin of birds from dinosaurs. But there are examples of the opposite property: for hundreds of millions of years, evolution seemed to stop.

The phenomenon of “living fossils” remains one of the most controversial topics in modern biological science, and a huge amount has accumulated. One of the textbook stories we know from the school bench: until the end of the 30s of the XX century, the order of the cystoper fish was considered extinct even in the Cretaceous period. However, in 1938, from the Indian Ocean, from a depth of 70 m, an amazing creature, later named latimerium, was pulled out. It turned out that the fish, whose fins had muscular lobes, lived to the modern era. Particularly keen interest in the find was due to the fact that the fist-fish was considered a transitional form from fish to amphibians, and the “muscular” fins were perceived as a step to the paws with which to move overland. 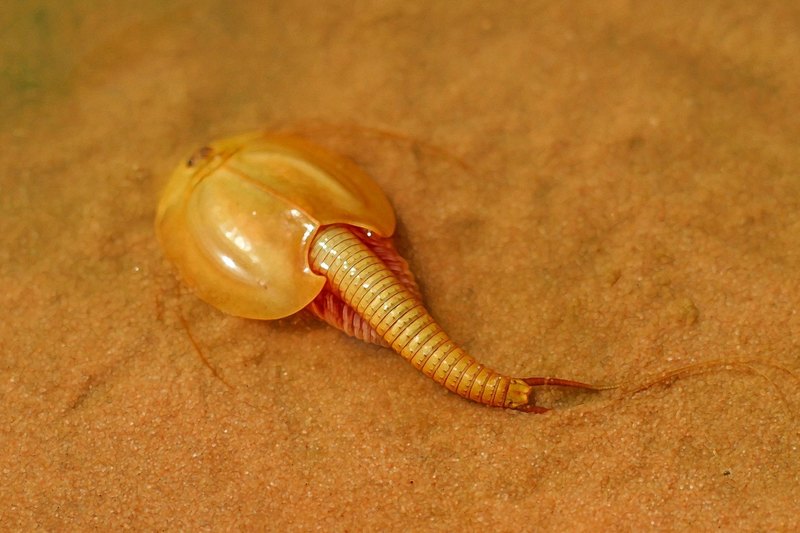 Also, the kistepers, as it turned out, had a close common ancestor with fishes of the duodenum of lungs – that is, able to breathe oxygen, dissolved in water, and atmospheric air. This branch has left descendants in the modern fauna in the form of roguish fishes – and they, too, can be considered a kind of living fossil, because the remaining numerous representatives of the superorder exist only in the geological record. Thus, living fossils are usually referred to as living creatures that either morphologically almost do not differ from known ancient animals (plants, bacteria) or have inherited from archaic ancestors certain archaic features.

What happened to the clock?

The existence of such “twin pairs”, uniting the inhabitants of the ancient Earth and our contemporaries, has become one of the difficult questions of evolutionary theory. After all, evolution, according to modern ideas, is based on some kind of biological clock. At large time scales, a comparable number of mutations should accumulate in the genomes. And if some creatures have remained practically unchanged for hundreds of millions of years, then their “clock” has stopped. For the phenomenon of “living fossils” seized by creationists who deny the science-identified evolutionary mechanisms. For hundreds of millions of years, genetic mutations and natural selection have turned some kind of branch of dinosaurs into eagles and tits, but why did these objective laws of nature leave kistepers in relative but immutability?

As if in response to this kind of reasoning, many biologists today tend to consider the term “living fossils” (ascending, by the way, to Darwin himself) is incorrect. And because he does not have a clear definition, and because he does not accurately indicate the essence of the phenomenon. After all, there is no question of stopping the evolution of speech. Most recently, a study was published by scientists from the University of Michigan and dedicated to sturgeons living in the American Great Lakes. This fairly archaic fish was considered one of the candidates for living fossils – sturgeons exist on our planet for about 100 million years. However, as it was found out, the inhabitants of the Great Lakes throughout history demonstrated colossal rates of evolutionary changes – retaining the basic morphological features, they constantly changed their sizes. In the Great Lakes lived both dwarfish and giant fish, as well as sturgeons of many intermediate sizes. 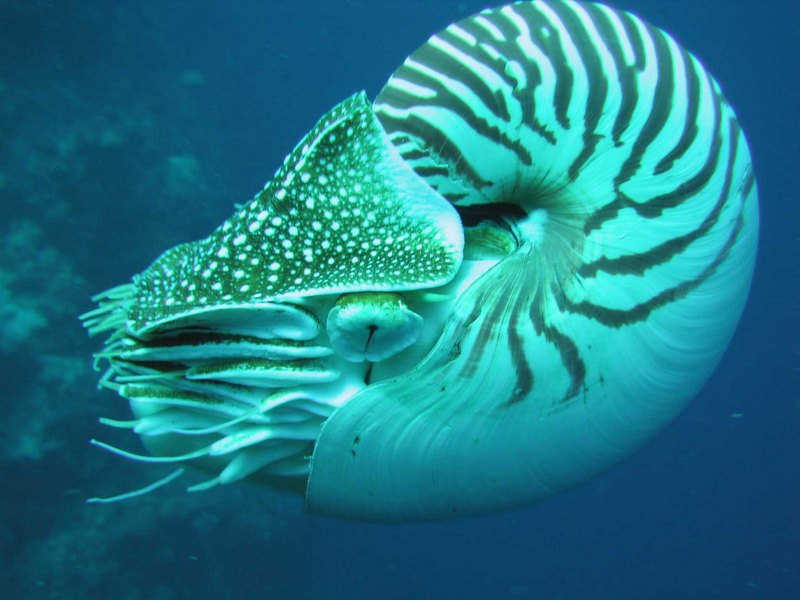 Underwater ship Nautilus – inhabitant of the depths of the Pacific and Indian oceans – one of the most spectacular representatives of “living fossils”. It belongs to the Nautiloidea (Nautiloidea), the order of the cephalopods, whose fossil representatives are known even from the Cambrian (500 million years ago). Unlike other cephalopods such as octopuses or squid, the nautilus for half a billion years have kept the shell surprisingly beautiful. Of the variety of nautiloids, only a few species remained.

The same conclusions were drawn by modern science for classical examples of “living fossils” – the same latimerium. Patrick Laurenti, an evolutionary biologist from the French National Scientific Foundation CNRS, was one of those who established that between Celakantham – the representatives of the Cystpermaceae of the Cretaceous – and the modern coelacanths, there are noticeable anatomical differences in size, structure of the skull, spine and other morphological elements. And most importantly, the rate of change in the genome is quite comparable to the changes in DNA of creatures that underwent radical metamorphosis during the evolution.

Shchitni – small freshwater crustaceans of the suborder Notostraca – first appeared on Earth about 265 million years ago and have since retained their appearance in the immutability. However, the assumption of a halted evolution did not work here. Researchers from the University of the British city of Hull have sequenced several genes from DNA about 270 individuals of living shields. As a result of this work, it turned out that today’s shields form not 11, as was previously thought, but 38 separate species, and these species belong to two different branches, separated even in the Jurassic period – about 184 million years ago. In this case, active speciation and corresponding changes in the genome occurred regularly, without affecting the basic morphology. 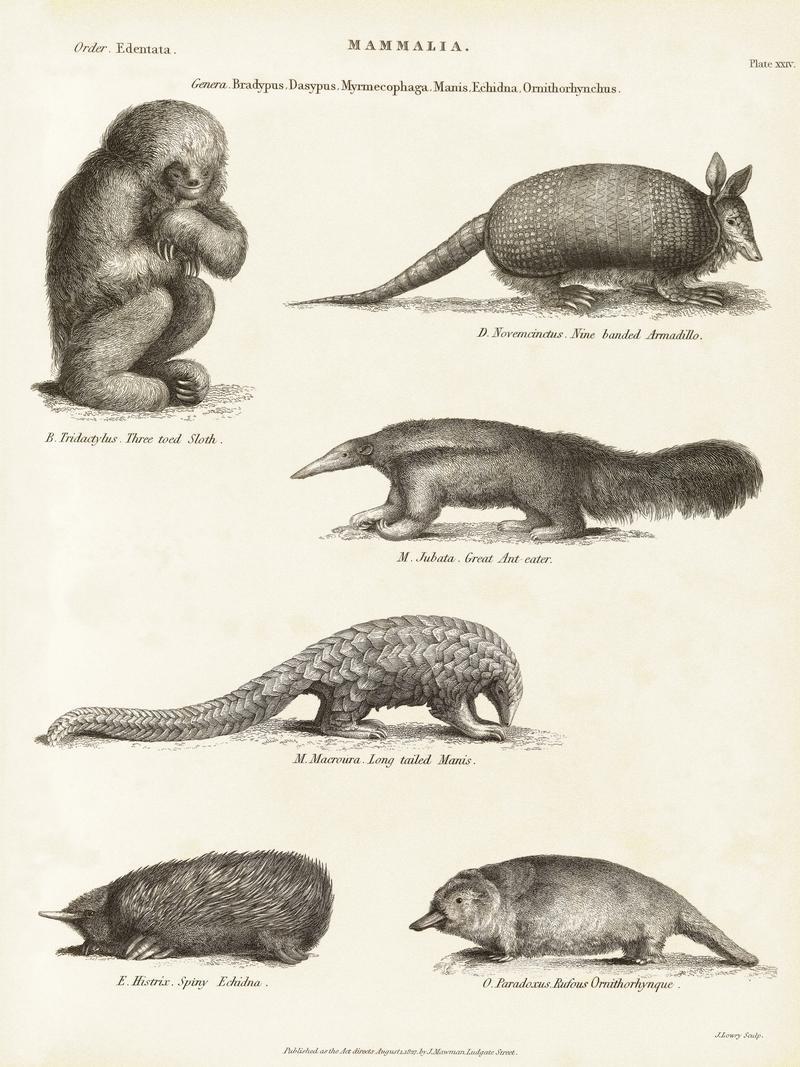 The green continent became the place on Earth, where the most unusual groups of mammals evolved for a long time.

But if evolution regularly introduces not immediately noticeable but constant constructive changes, why does the phenomenon of “living fossils” arise? To illustrate this mechanism, let us turn to human history. Large migrations such as the Great Migration of Nations, the formation of states and empires, the spread of world religions – all this led to the mixing of ethnic groups and the constant change in the way of life of people from generation to generation. But there are cases when as a result of macroprocesses some separate tribe appeared on a remote island, or in the depths of the jungle, or in other conditions that led to an isolated existence, but not very conducive to the development of civilization. And while railroads were being laid somewhere, modern cities were being built, planes were climbing up to the sky, an isolated tribe continued to live as its ancestors lived, perhaps thousands of years ago.

Approximately the same, only at other time scales, occurred in the history of living nature. The ancestors of the majority of “living fossils” were in the distant past to much more extensive related groups of beings. This numerous relatives in the past, having fallen under the ax of natural selection, or to adapt to changing conditions, gradually transformed beyond recognition, or died out, turning into a dead-end branches. And only a small part of the group became paleoendemic by the will of circumstances. She fell into the conditions which, first, virtually unchanged over millions of years, and therefore did not require radical adaptation, and secondly, the isolated population of natural enemies. In these evolutionary laboratories, the genetic clock went at the same speed, but the natural selection had nothing else to do but fine-tune the once established morphology.

Bible and rock and roll

Some other paleontological phenomena are closely connected with the phenomenon of “living fossils”. The “Lazarus Effect” is named after the biblical character resurrected by Christ. These are species that, once recorded in the fossil record, then seem to disappear for a long time, and then are declared (“resurrected”) again. Most often this is due to the lack of paleontological data: after all, the formation of a fossil is not so much a norm as a rare case, and if for a given epoch the remains of any creature are not found, this does not mean that it was not. Perhaps he just “was not lucky” to leave traces in the fossils, or these tracks have not yet been found. The effect of Lazarus is also attributed to rare cases when an animal considered to be extinct suddenly appears among the living. 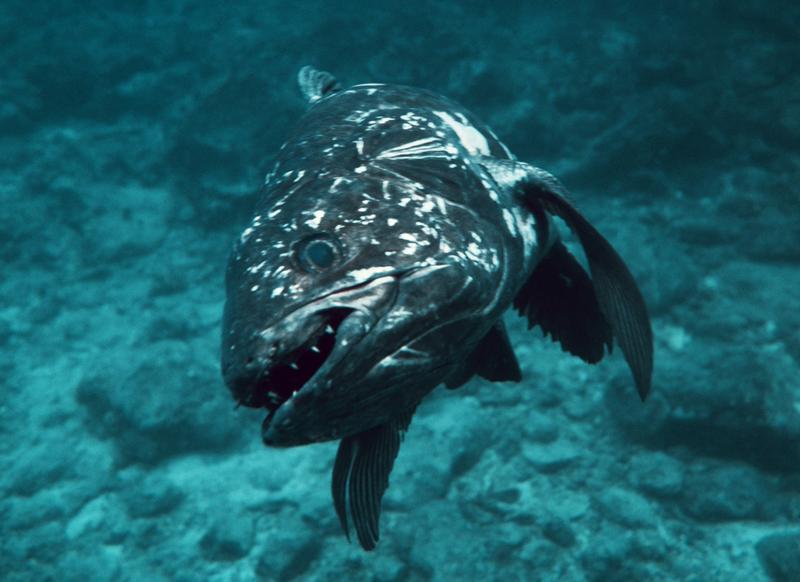 The Mystery of the Depths

Due to its extremely “prehistoric” appearance, the coelacanth was considered a classic example of a “living fossil” for a long time. However, over time, there were significant differences between this inhabitant of the Indian Ocean and ancient Celakants. In particular, some features of metabolism indicate that the fossil relatives of the coelacanthum lived in freshwater reservoirs, where, perhaps, the muscular fins helped them to move, leaning on the bottom of shallow water. In addition, the modern coelacanth is more ancient kisteperyh fish.

A classic example of the “Lazarus taxon” is the flightless takame bird that inhabits the southern island of New Zealand. The remains of the bird were discovered in the middle of the XIX century, and although its species does not belong to the most ancient, for 100 years, the takame was considered completely extinct. But the resurrection did follow. Approximately the same fate befell the Chak baker – woolly pig-like dweller of South America. In 1930, his bones were found, and not yet become fossils, which indicated a relatively recent disappearance of the species. And only 45 years later it turned out that there was no disappearance – just the animal hid well from prying eyes.

The “Elvis effect” also testifies to a kind of scientific error. As you know, after the premature death of the rock ‘n’ roll king, there were many people who saw Elvis alive in different parts of America and the world. In the same way, creatures with very similar morphological features, separated by large time intervals, were sometimes mistaken for the same biological species that survived the epochs. A characteristic example can be cited from the world of marine invertebrate animals, known as brachiopods, or brachiopods. In fossils of the late Triassic, a species of brachiopods, named Rhaetina gregaria, was recorded. Over the Triassic, about 200 million years ago, an event known as the Triassic (or Triassic-Jurassic) extinction followed – it led to the extinction of many species of invertebrates.

However, in fossils belonging to the Jurassic period, the remains of a creature very similar to Rhaetina gregaria were found. Nevertheless, further studies have shown that the Jurassic brachiopod is the same “resurrected Elvis”, that is, a creature that is not a descendant of the Triassic musculature, but a representative of another branch that has acquired similarity as a result of convergent evolution, a phenomenon that gave wings to birds and bats , who have no close kinship.

List of creatures that survived as if in unaltered form whole geological epochs, is extensive and includes mammals, fish, birds, mollusks, as well as plants and bacteria. But, as the data of science show, none of these creatures can be proof of the “stopping of evolution”. We just do not always know its ways.