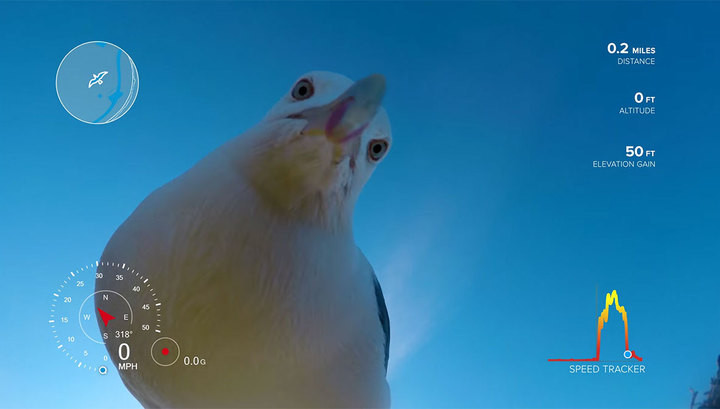 A resident of Norway found a GoPro camera, which he had stolen a seagull five months ago when trying to remove these birds from a close distance. On the camera, even a record of the flight of thieves with prey remained.

Kjell Robertsen spread a piece of bread on the railing of his country house verandah to attract gulls and take them off with a camera that the man placed next to him. However, one of the birds, enjoying the treat, grabbed the camera in the beak and flew away with her.

The camera was found a few hundred meters from the Norwegian’s house in five months, reports UPI. With its memory card, even managed to extract picturesque shots of flight over houses and trees. The recording ends with the camera falling to the ground, and the seagull begins to peck it.