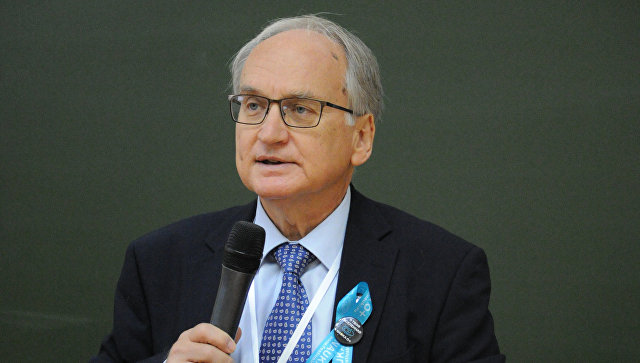 Professor Ksenofon Mussos has told at the Science festival 0+ that he represents the so-called “Antikitersky mechanism”, a peculiar first computer of mankind, has opened a confidential figure of his creator and has explained that why he was necessary to ancient Greeks.

One of the most surprising opening in the history of archeology and Ancient Greek history has been made at the beginning of the 20th century, in 1901 when divers have found a skeleton of the ancient Roman vessel in coast of the island Antikitera. In a ship hold they have found the unusual mechanical device consisting of several tens gear wheels and dials which has been called “the Antikitersky mechanism”. 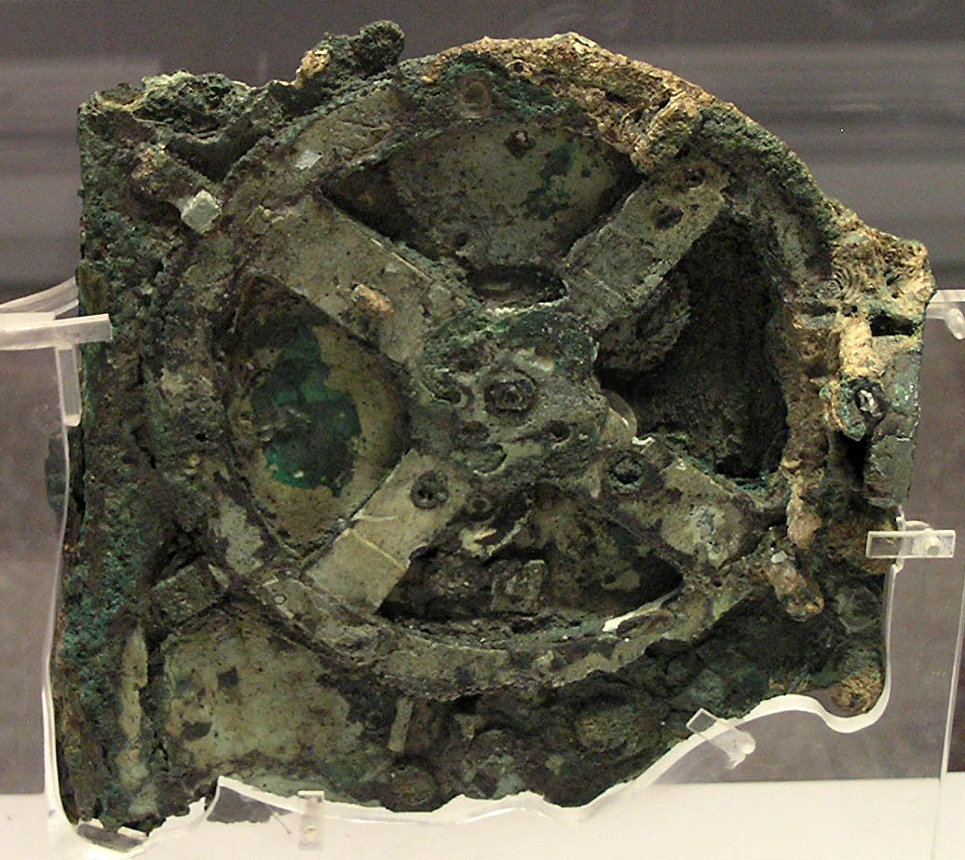 Exact function of this device remains a matter in issue among scientists, however most of historians assumes that this Ancient Greek “gadget” represented the “computer” first in the history, the computer which its owners used for determination of a provision of planets in a firmament and other astronomical calculations.

Professor Ksenofon Mussos, the physicist from university of Athens studying this machine several decades told about its secrets within the lecture which he gave at the October Science festival 0+ at Lomonosov Moscow State University.

“I and my students many years we think how ancient people, without possessing tools and knowledge, could create similar “space” machines, the mechanical tiny copy of space. And now, as it seems to me, we at last found answers to all these questions” — the scientist tells.

According to Mussos, the idea about that as well as why the similar machine imitating and calculating movement of planets on a firmament could be created came to him while he read one of compositions of Aristotle in whom it described fall of a meteorite. This passage as professor notes, suggested to him an idea that Stagirit and other ancient Greeks well understood that space consists of ordinary matter, same, as well as breeds of Earth, but not some ephemeral substances about which some philosophers wrote.

“Meteorites as Aristotle wrote, are “hot stones” which as he assumed, can compose also stars, which also consist of hot gases. They, besides, understood that heavy atoms aim at the center. Similar statement set me thinking – from where the ancient Greeks who weren’t knowing physics and chemistry could know it?” — continues Mussos.

According to the physicist, falls of meteorites, similar to the Chelyabinsk catastrophic crash, forced ancient Greeks and representatives of other antique people to think of what occurs in heaven as they influence “terrestrial” life and as space processes can be studied. The Antikitersky mechanism is a resulting effect of this process of studying of space.

“When people only began to be engaged in agriculture, it became clear to them that the calendar is for this purpose necessary – one of such calendars was found together with the Antikitersky mechanism in a ship skeleton. And the main line of all calendars is that they can’t be constituted without understanding that the behavior of the nature can be described by mathematical methods, laws of physics” — the Greek physicist explains.

These laws which ancient Greeks used during creation of the Antikitersky mechanism as recently scientists found out, were written directly on the mechanism, on its back cover and on elements of “supercomputer” as calls this device of Mussos. According to him, this “operation manual” allowed it and other Greek scientist to understand how this device as it worked was arranged and why it was necessary.

As explains Mussos, all principle of operation of this device was based on the main astronomical opening of ancient Greeks – the fact that all space phenomena connected with the movement of objects of Solar system have periodic and symmetric character.

“Inscriptions which we have opened in June of this year accurately indicate that ancient Greeks realized periodic character of lunar and solar eclipses, understood how phases of the Moon, the periodic nature of the movement of Venus, Saturn and other planets change” — explains Mussos.

The same records, according to him, have given us the first concrete hints on the one who was the owner and the developer of this “computer”. As the Greek physicist assumes, being guided by descriptions of similar devices in various chronicles and notes of that time, quite specific person who lived on Sirakuzakh was him.

“We know that Archimedes has created two similar mechanisms which his contemporaries called “spheres”. It were machines automatic machines which principles of work have been well described in chronicles, and they have been suited approximately the same as the Antikitersky mechanism. In fact, both these spheres, and our “supercomputer” are continuation of those primitive astronomical designs, such as Stonehenge which were built by people in the ancient time” — the scientist has noted.

Before studying of the Antikitersky mechanism as has explained Mussos in a conversation with RIA Novosti, nobody believed that such devices actually existed, plus in reality this “calculator” has been much more difficult arranged, than those spheres of Archimedes which were described by Heron Alexandriyski, other most great engineer of antiquity.

The proof that Archimedes as the physicist considers has been involved in production or at least in projecting of the Antikitersky mechanism are two things:

The first proof – the fact that the Antikitersky mechanism included the tools for calculation of distance from the Sun to planets based on those principles which were thought up by Archimedes, measuring time which planets spend, traveling from one extreme point to another.

The second – the predictions of eclipses traced on the device have helped Mussos and his colleagues to understand when and where this “supercomputer” has been made. Their calculations show that the creator of the Antikitersky mechanism lived on Sirakuzakh in an interval between 212 and 180 years B.C., several years prior to Archimedes’s death and in 30 years after his death.

Respectively, either Archimedes, or his pupils was “Stephen Jobs” of antiquity. That version of the device which has been found at Antikitera’s coast as considers Mussos has been collected much later in the east of Hellas according to Archimedes’s schemes. This place, in his opinion, is the island Rhodes which metallurgists were considered the best in the world in antique times.

Recently archeologists declared that near a ship skeleton they managed to find a body of one of presumable members of his crew. As Musso considers even if scientists will be able to extract DNA from these bones, we hardly precisely learn where the mechanism was manufactured and who made it.

“It isn’t obligatory at all that we will find the creator of this device on DNA, but anyway we will be able to slightly open the mystery of the one whom were either passengers, or crew members of the sunken vessel. If to us carries, we recognize by isotope structure of his teeth where their owner was born and grew up” — the scientist explained.

According to Mussos, the Antikitersky mechanism was extraordinary exact for the time. For example, he considered availability of leap years in a calendar, allowed to calculate movement of the Moon taking into account that the speed of its movement is changeable and that it changes in process of removal and rapprochement with Earth in spite of the fact that ancient Greeks didn’t know Kepler’s laws.

Gears of this mechanism determining the speed of movement of planets are told by the physicist, were constructed so that they, in fact, calculated so-called ranks of Fourier and calculated spherical functions which are used for serious astronomical calculations today.

On the other hand, you shouldn’t think that this “supercomputer” was perfect – it was constructed based on the geocentric model of space developed by Claudius Ptolemaeus and therefore the Antikitersky mechanism had to cope with typical problems which were connected with similar interpretation of the device of Oykumena.

The main problem of Ptolemeevsky model of the Solar system is that it badly describes why planets if they move around Earth, periodically sharply change speed and begin to move back. Ptolemaeus and his followers assumed that it occurs because planets move not on one, and two circles.

The first, the biggest of them, is called deferenty and in its center there is Earth. On this deferent around Earth not the planet, but an epicycle – a small circle on which actually the celestial body rotates rotates. Similar “nested doll” from orbits well explained movement of planets in antiquity, however by the late Middle Ages of its prediction began to disperse strongly from reality that forced Copernicus and many other astronomers to look for alternatives to it.

“The Antikitersky mechanism considered and allowed to calculate epicycles, at least, for the Moon. Its accuracy was such is that the speeds of movement of the Moon received by this device were close to those which can be received by means of Kepler’s laws today – as I consider, the mechanism calculated both sinusoids and an ellipsoid of an orbit, but it still needs to be proved” — explains Mussos.

Why ancient Greeks needed the similar mechanism? As considers Mussos, in addition to possible use of such devices for navigation and travel to far lands, “supercomputers” could help Greeks to build temples, observatories and other constructions in such a way that their walls always accurately looked at the East-West and the North-South. Streets of Athens, Piraeus, Salonik and many other cities of Hellas, according to Mussos, were built by such “astronomical” principles.

Besides, the Antikitersky mechanism was used and for the intended purpose – on its back wall, in addition to predictions of eclipses as notes Mussos, the calendar of the Olympic Games and other events playing an important role in life of Greeks including for determination of terms of government of elective governors was found. Unfortunately, all this progress in astronomy was lost after distribution of Christianity, burning of the Alexandria library and a prohibition of ancient philosophy to “dark centuries” of the Middle Ages.