The picture, written by AI, sold for almost half a million dollars 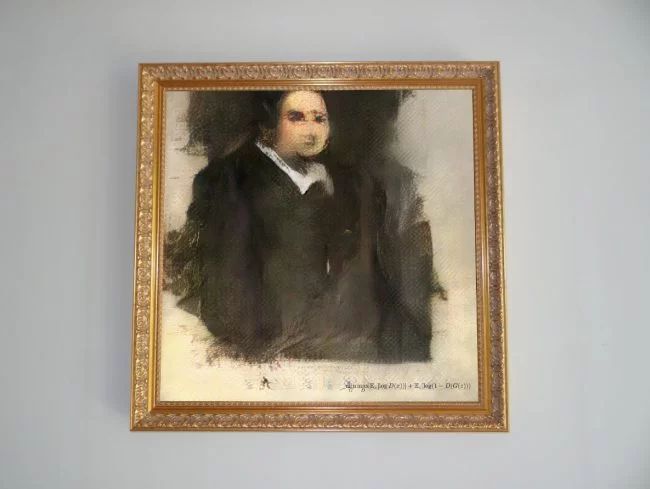 The famous auction house Christie’s sold the first “work of art”, written by artificial intelligence, according to the portal The Verge. The painting entitled “Portrait of Edmond Belami” went under the hammer for 432,500 dollars. The sale of the “masterpiece” turned out to be unusual not only because it was the first time in the 252-year history of the auction house selling a picture painted by a robot, but also because the expected cost of the lot should have been no more than 7-10 thousand dollars.

The work was written by a neural network created by a team of three French students who call themselves Obvious. To create AI, they used the machine learning algorithm of the generative-contention network (GAN). The neural network learned to write pictures on the basis of portraits of historical personalities. After that, she was given the task to write her own picture in the digital environment. Then Obvious printed out the result, placed it in a frame and signed it as the work of the GAN algorithm.

It should be noted that prior to the auction, the desire to put a portrait of Belami as a lot of a highly respected auction house was faced with a barrage of criticism from the world of art. In addition, it later emerged that Obvious used part of the program code of another “AI-artist”, written by 19-year-old Robbie Barrat. It is not known what exactly was the percentage of borrowing, but experts say that, most likely, we are talking about a significant proportion. At the moment, it remains unclear whether Barrat intends to claim ownership of the created canvas, since the code written by him was distributed in the public domain.

In their press release, Obvious reported the following:

“We would like to thank the AI ​​community and especially those who opened the way for us to use this technology. This is primarily about Jan Goodfellow, who wrote the GAN algorithm and inspired the subject of the future picture, as well as the artist Robbie Barrath, who had a serious influence on us. This is a significant moment, and we hope that the interest in the auction held will be an inspiration for our predecessors and colleagues. We are very grateful to the Christie’s auction house, who came to the art community with this dialogue and honored us to be part of the global discussion on the impact of this new technology on the process of creating art. ”

Journalists of the site The Verge contacted representatives of the auction house Christie’s and those in a telephone conversation confirmed the sale of the painting. About the buyer did not tell, because he wished to remain anonymous. In addition, the journalists turned to Barrat for comments, but so far the young programmer hasn’t answered anything.