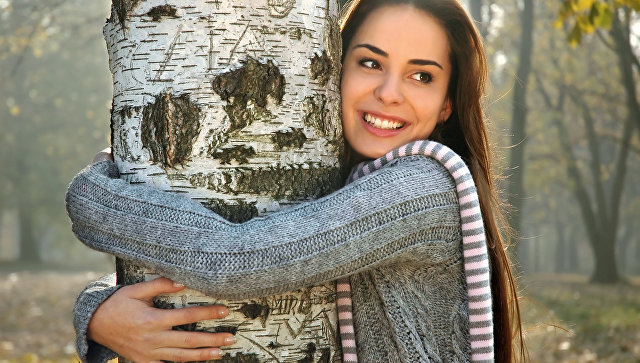 The plants have no brain and nerve cells, compared to animals, they seem insensitive. However, biologists know that representatives of this group of multicellular organisms receive information from the outside and process it, can communicate with each other using chemical signals. Should I talk about the “intelligence” of plants?

What will replace the nerves and brain

Gentle white flowers of the anemone Dubravnaya – decoration of forests of the middle band. Often you can see how its petals are folded, although a sunny day is in full swing. So wait for the rain. Removing flowers, a small plant protects them from water and wind gusts.

There are many similar mechanisms in the world of flora to adapt to changing weather conditions, protect ourselves from pests, heal wounds and get nutrients.

The organs of perception in plants are special receptor cells, ion channels in cell membranes that transmit electrical signals, special bodies with some properties of neurons. For the exchange of information between different parts of the body, various mediating compounds are produced: hormones, chemical compounds, small non-coding RNA. All these mechanisms successfully replace the sense organs and nervous system of plants.

Sensory perception of plants was actively studied until the 1970s, and then gradually disappeared. In 2005, Stefano Mansuko from the University of Florence (Italy) and Frantisek Balushk from the University of Bonn (Germany) decided that a lot of “intelligence” of plants had been accumulated and it was time to activate this trend. They called it “plant neuroscience”. Of course, this is a metaphor – we are talking about the study of reactions and responses to external stimuli.

Followers of plant neurobiology believe that with respect to flora, we can talk about memory, the system of accumulation, storage and processing of information, as well as the decision-making mechanism. According to some scientists, it does not need the brain and nervous system, as in animals.

The scientific community as a whole is critical of this area. However, work in the field of communication and plant signaling systems is now at the forefront of science.

One of the major discoveries of recent years – the plants are able to recognize their neighbors. For this they use far red light, chemical signals, secondary metabolites. Knowledge of the surrounding species helps the plant to survive: to avoid the shadows, to defend against enemies, to choose the best food.

Plants perceive chemical compounds – what we call smells emanating from neighboring species. They are transmitted through the air and underground with the help of roots. Chinese scientists in the journal Nature Communications give the results of experiments with wheat. Studies have shown that this plant distinguishes odors of the order of hundreds of different species growing nearby, through roots. In response, it releases its own substances in order to regulate relationships, for example, something like antibiotics, if competitors have appeared alongside. As a result, wheat inhibits their growth. 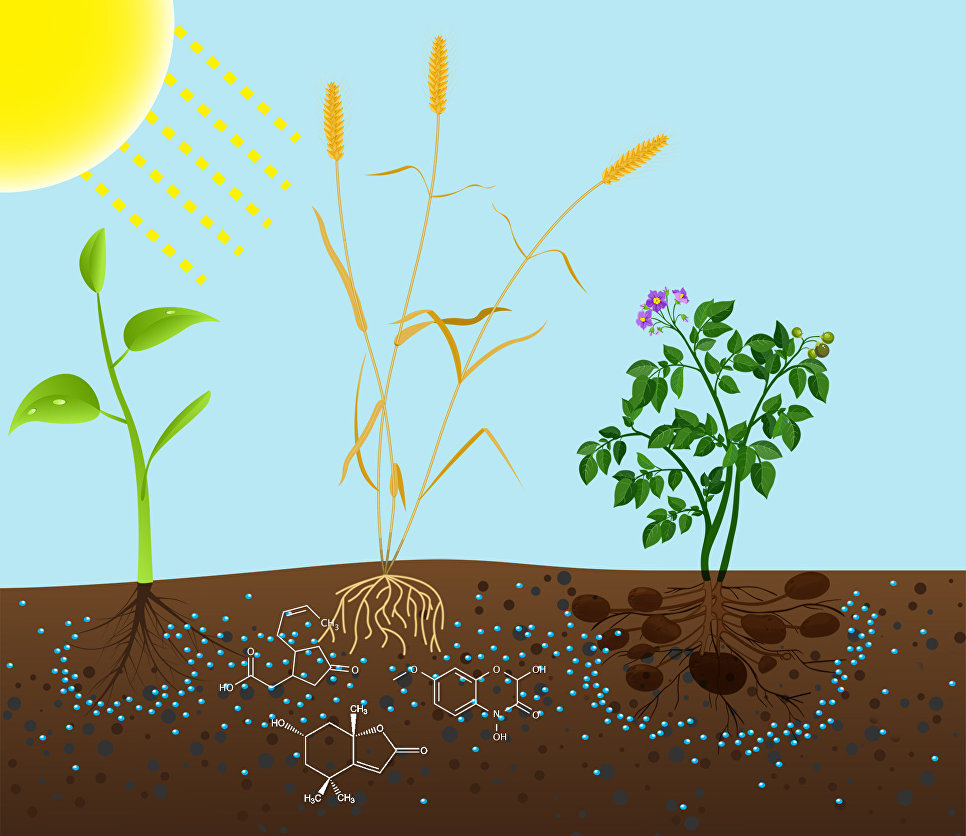 Of course, this method of chemical communication is not similar to the sense of smell in animals, but plants can certainly not only distinguish, but also perceive odors. For example, the parasitic bindweed dodder finds a host plant by volatile elements and is pulled in its direction.

Wormwood wounded by pests warns their relatives about the dangers of enhanced odor.

Perennial grass, the goldenrod is capable of perceiving itself the chemical compounds (pheromones) secreted by the male pied-winged flies luring the female. The larva of a fly deposited on a plant causes a disease in the form of a gall, a large ball.

Scientists have suggested that the goldenrod smells like flies and strengthens the immune system to fight back the inevitable disease. To do this, the leaves of grass increases the content of jasmonic acid, which repels pests and helps heal tissue damage. 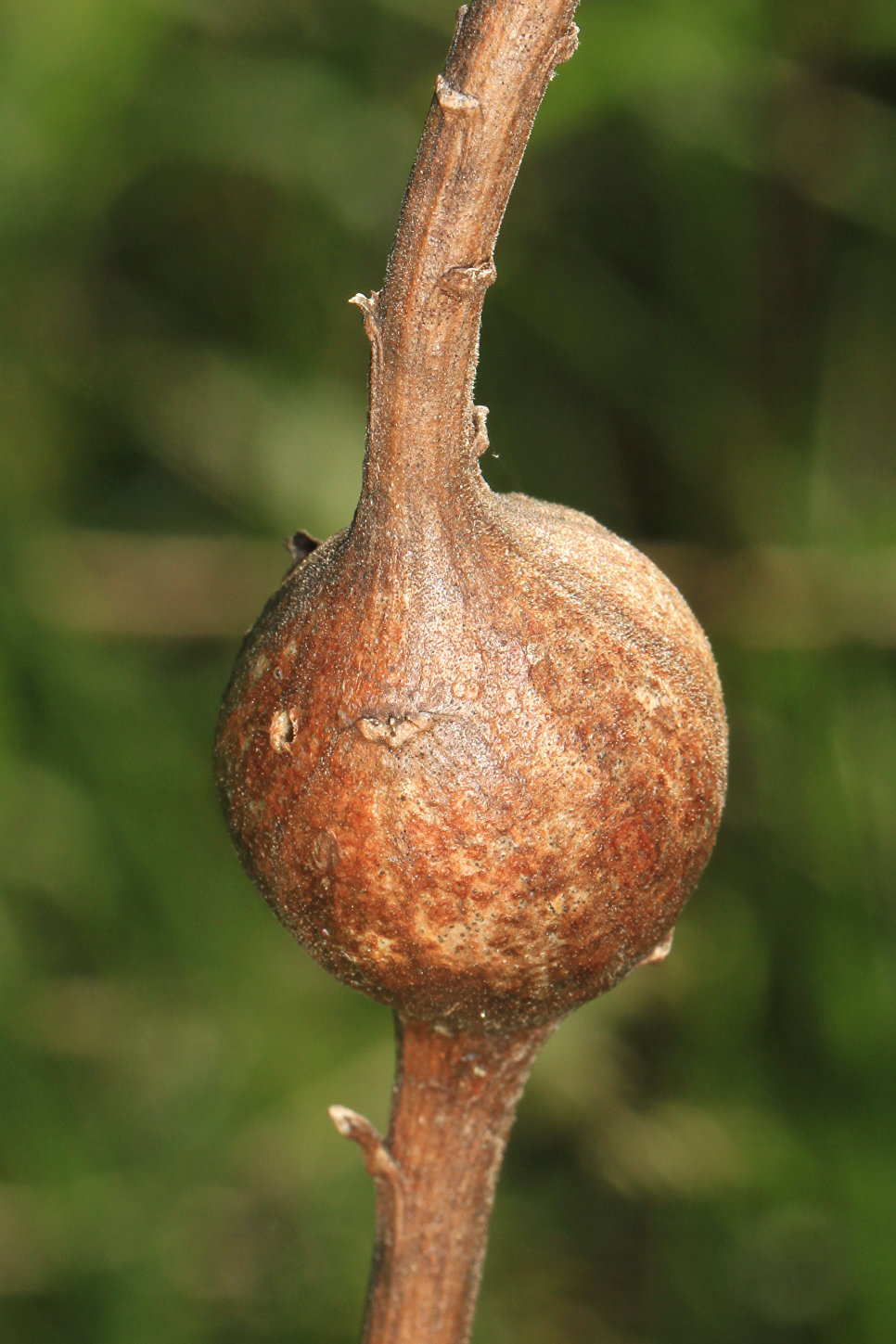 Gall of the goldenrod, in which the larva of the pied flew develops

In 1970, Peter Tompkins and Christopher Byrd’s The Secret Life of Plants was published in the USA. In it, without reliance on scientific facts, a lot of fantastic information about flowers and trees was cited. For example, it was said that plants are under stress if a pumpkin breaks an egg in their presence, the pumpkin deviates from the speakers, if rock sounds from them.

Now a lot of facts of plant perception of sounds are accumulated. In 2014, scientists from the University of Missouri (USA) worked on a small Arabidopsis herb (Rezuhovid Tal) using the sound that the caterpillar chewing on it makes. It turned out that the content of anthocyanins (violet dyes) and glucosinolates (bitterness) increased in the leaves of the plant. Experience has shown that Rezuhovidka reacts differently to air vibrations caused by leaf chewing, wind, and the chattering of insects.

Scientists from the University of Mississippi recently conducted experiments with soybeans and insects living on it – ladybirds and soybean aphids. They were affected by various kinds of sounds, including the noise of the city, a tractor, and rock and roll. After two weeks, the plant biomass decreased compared with the control. However, scientists are not inclined to believe that rock directly oppressed plants. Rather, he somehow influenced the pests that have intensified their activities. 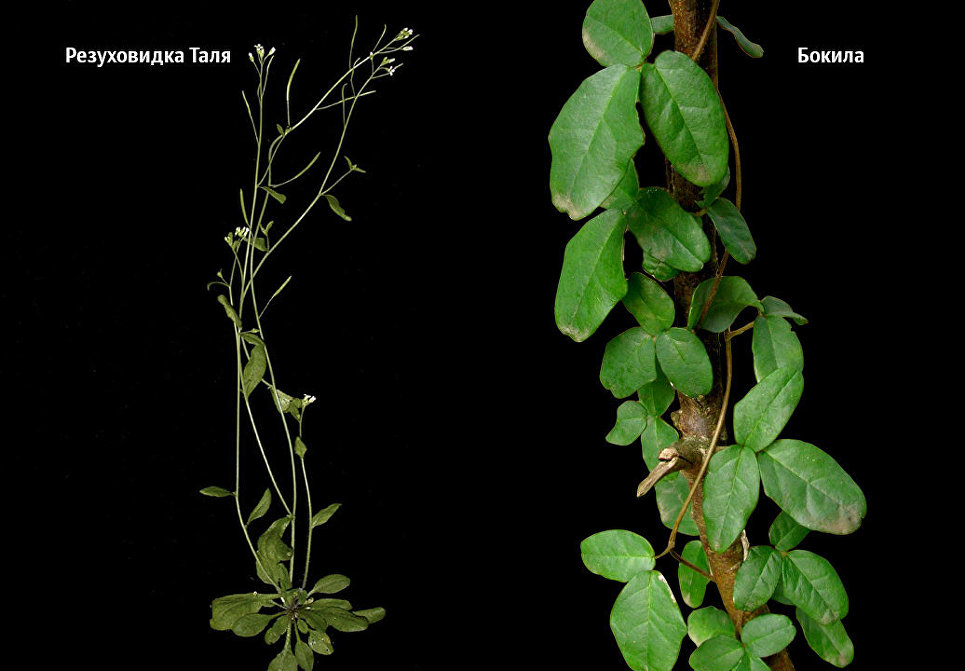 The founders of the “neurobiology” of plants Stefano Mansuko and Frantisek Balushka believe that Rezuhovidka recognizes the neighboring species “by eye”. And ivy-bokila mimics under its owner: repeats the shape, size and color of leaves. Scientists believe that plants use special light-sensitive receptors that can be compared with the vision system.