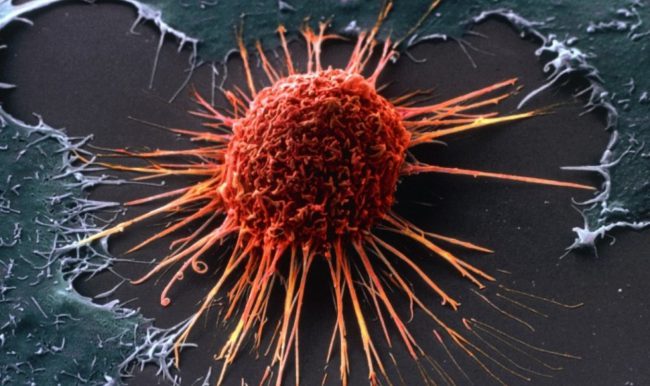 A group of researchers from Russia, Spain and the Czech Republic, using antibiotics, was able to block mitochondria of cancer cells, and to start the process of inhibiting autophagy and self-repair of cells. Thus, the cells can be deprived of food and destroyed. Scientific work was recently published in the journal Cancer Letters.

Mitochondria are a kind of “energy station” of cells. They are responsible for oxidative processes and energy production. Autophagy is a method of purifying cells from damaged organelles for subsequent regeneration. For the discovery of this process, the Japanese scientist Yesinori Osumi received in 2016 the Nobel Prize. Now scientists are looking for antibiotics that would better influence the apparatus of protein synthesis of mitochondria of cancer cells, but they did not touch healthy cells. One group of researchers writes programs for recognizing images of non-functional mitochondria, so that the effectiveness of antibiotics is determined by the robot. The other is looking for ways to deal with cancer stem cells. Alex Lyakhovich, a researcher at the Institute of Molecular Biology and Biophysics,

“If we want to not only deprive the cancer cell of the energy that the mitochondria give to it, but also the ability to resist this deprivation, we must choose a connection that suppresses the functions of mitochondria of the cancer cell and simultaneously block autophagy so that the cell can not quickly restore non-functioning organelles and eventually die. Following the ideas of Dr. Michael Lisanti of Manchester University, we demonstrated this possibility on simple models with antibiotics and inhibitors of autophagy. ”

Autophagy, so necessary for the survival of healthy cells, is a huge obstacle in the fight against neoplastic diseases. And since cancer cells have an accelerated metabolism, now many scientists are inclined to believe that autophagy is the key moment in the survival of cancer cells after chemotherapy.

“Antibiotics kill bacteria well, and since mitochondria historically have a lot in common with bacteria, their functions are also suppressed. Mitochondria in a living cell are connected to each other in the so-called reticulum – it looks like a garland of sausages, with which the entrails of our cells are entangled. When the mitochondria “deteriorate”, for example, under the influence of antibiotics, the mitochondrial chain is broken, and the cell begins to receive less energy. “