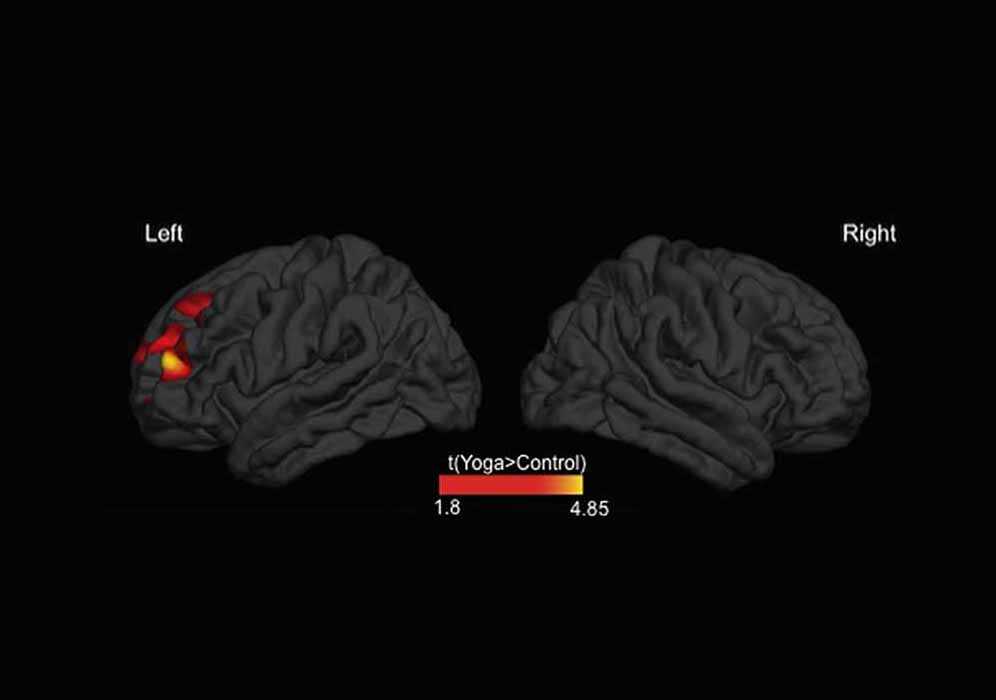 A group of scientists from Brazil and the United States concluded that yoga practice can be associated with an increase in the volume of the prefrontal cortex.

Recently, a growing number of studies on the side effects of eastern health practices. So, it became known earlier that Chinese gymnastics based on Taijiquan helps to reduce chronic nonspecific pain no worse than classical exercises, and yoga – to reduce the risk of recurrence of ulcerative colitis. In addition to physical health, the latter, apparently, is also capable of influencing the psyche. For example, some types of yoga can reduce anxiety by stimulating the production of gamma-aminobutyric acid (GABA) in the thalamus. The reliability of such observations, however, often remains insufficient, including because of small and unrepresentative (heterogeneous) samples.

In the new work, experts from the Federal University of ABC (UFABC), the University of São Paulo and other institutions have checked how yoga affects the structure of the brain in the long run. 21 Brazilians practicing hatha yoga (the most common direction) took part in the survey, and 21 from among the control ones. The authors tried to compensate for the small sample size with extremely high representativeness. In particular, the age of all volunteers exceeded 60 years, and the experimental group engaged in yoga for an average of 15 years. In addition, all women were selected in such a way as to correspond to a certain level of education and anamnesis.

At the first stage, participants filled out an activity response questionnaire (IADL), the Beck Depression Rating Scale (BDI) and the Mental Status Assessment (MMSE). Also, scientists described their anthropometric parameters – height and weight. Then, using the method of magnetic resonance imaging (MRI), the team studied the thickness of the cerebral cortex: the indicator was calculated as the minimum distance from the boundary between gray and white matter to the boundary between the gray matter and cerebrospinal fluid. The analysis showed that the experimental group significantly differs from the control thickness of the prefrontal cortex – this area is responsible for coordinating thinking and motility in accordance with the plans.

According to the authors, the other parameters considered did not affect the trend – only the practice of yoga correlated with the increase in the prefrontal cortex. In addition, no woman showed depressive symptoms and other signs of cognitive impairment. Thus, scientists came to the conclusion that such studies, probably, can lead to changes in the structure of the brain and prevent age-related cognitive decline. It is stressed, however, that along with a small sample, the work has a number of other limitations. For example, yoga in this case was not compared with alternative types of physical activity, and the number of respondents did not allow assessing the effects based on the ethnos.

Consideration of these shortcomings is planned in further studies. They, in particular, can also include male volunteers and have a longitudinal character.