The problem of evil from a new angle 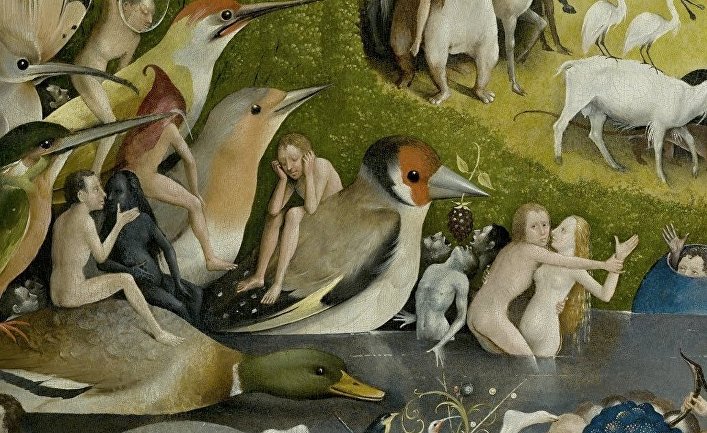 The challenge, which throws the idea of ​​the existence of multiple universes of the concept of the all-knowing and all-powerful God, often consists in clarifying our assumptions. If the number of universes is infinite, we do not need to guess more, why in our universe ideal conditions for life were formed. However, some of the theories of multiple universes pose more complicated questions. The theory of parallel worlds of the quantum physicist Hugh Everett III and the modal realism of the cosmologist Max Tegmark suggest the existence of worlds that would not have been tolerated by a good, rational God. These theories are very different from each other, but they all talk about the existence of worlds full of horror and pain.

Of course, many thinkers argued that there is too much pain and suffering in our own world to consider it God’s creation. But so many have disagreed with this, giving very thoughtful explanations of the reasons why God could have created a world like this. For example, the fact that without understanding the difficulties, dangers and mistakes, there is no forgiveness, courage and determination. The most impressive human achievements require the existence of such obstacles.

However, many monstrous phenomena do not have obvious benefits. And the theory of parallel worlds Everett and the modal realism of Tegmarka suggest the existence of a great many terrifying universes, consisting entirely of misfortunes of this kind. Someone like me who continues to cling to the traditional idea of ​​God as a loving creator will inevitably find something shocking and think about how material the evidence of these theories is.

The idea of ​​the existence of multiple worlds is based on one of the problems of quantum mechanics. The Schrodinger equation, the fundamental law of quantum theory, describes the changing states of particles. However, some of the states predicted by them are a combination – “superposition” – at first glance of incongruous states, for example, the fall of a coin at the same time as a sieve and an eagle. It remains for us to wonder why we have not been able to observe a combination of incongruous states, confining ourselves to the fall of a coin either by a bar or by an eagle. Some theorists believe that there are other factors besides the Schrödinger equation. They introduce a process called the “collapse of the wave function,” which leads to a certain outcome – the fall of a coin by an eagle or a bar.

However, in the 1950s, Everett proposed a bold alternative explanation. His theory is not based on collapse, instead assuming the simultaneous existence of all the components of these “superimposed” states in equally real, but separate worlds. There are exact copies of the same universe, in some of which the coin lands by the eagle, and in others – by the river. This applies to any physical states – not just the outcome of a coin toss. There are universes in which you manage to catch the train and get to work on time, as well as universes in which you are late, and so on. These small differences create multiple intersecting universes, branching from a single original state.

The classical variety of quantum theory suggests a small probability that in the future everything will go really bad. She also suggests that at any time in our past, things could have gone far worse than they really were. Since the theory of the set of worlds implies that all these probabilities have been realized, it predicts the existence of branching universes in which everything went as badly as one can imagine.

For example, whenever there is an arbitrarily small probability of a catastrophe that would cause humanity to suffer, but leave him with the crumbs of health necessary for further reproduction, a branch of the probabilistic tree appears in which this deplorable state of affairs becomes a reality for one generation after another . From this, it seems, there follows the conclusion about the existence of worlds in which the appearance of the human race leads to an incredible tragedy.

A believing devotee of the theory of Everett may hope that the Lord will prune the tree, leaving only those branches in which good triumphs over evil. However, as noted by Jason Turner, philosopher of the University of Arizona, such an undercut would disprove the Schrödinger equation. If the Lord prevents the appearance of the worst universes in the tree of the worlds, the deterministic law can not accurately describe the development of the multiple universe. Not all of the superimposed states are predicted, but only those who have found the Lord acceptable.

Even if the thesis of undercutting is refuted, there is another reason to believe that the theory of multiple worlds does not contradict faith in God. The multiple universe of Everett represents only a fairly enlarged carnal world, similar to our own, and we know with certainty that we are in such a multiple world, it would not be much different from knowing about the existence of many other inhabited planets, some of which in

Although the Everett theory of multiple universes and implies the existence of worlds that are difficult to reconcile with faith in the all-good God, the multiverse Tegmarka includes the worst possible worlds. His theory, set forth in the book 2014, Our Mathematical Universe, is based not on quantum mechanics, but on modal realism – the doctrine proposed by philosopher David Lewis, according to which any path that could go Being – every consistent, holistic version of the history of the universe – is as real as our own universe.

Most philosophers talk about possible worlds as an abstraction similar to numbers that are outside of time and space, as if they are fundamentally different from the real world, carnal and woven from old kind matter. Tegmark agrees that possible worlds are abstractions like numbers. However, he denies that this makes them less realistic than the physical world. He considers our universe, basically, a mathematical structure. Each physicist will agree that there is some set of mathematical entities, the relation between which exactly reflects the distribution of fields and particles that make up the physical world. But Tegmark believes that our universe is identical to these mathematical entities.

Among these possible ways of distributing matter, inevitably come those that lead to the emergence of cruel universes full of meaningless suffering – universes like the worst branches of the Everett tree of worlds, and an endless array of equally frightening realities. However, there will also exist worlds more terrible. Unlike the Everett worlds, the fruits of the physical theory, Tegmark’s worlds are born from the slightest probability, which it determines through the mathematical sequence.

According to Tegmark, any story about a living being that can be expressed through a mathematical model based on physical facts is actually happening. This means that even if some of Tegmark’s worlds exist long enough to allow an afterlife for their inhabitants, the existence of mathematical structures of all possible shapes and sizes implies the existence of small worlds too. Accordingly, infinitely many of these worlds will not last long enough for their inhabitants to find life after death.

Thus, the challenge that the theory of the multiple Everett universes casts to the believer fades in comparison with Tegmark’s theory. The theory of Everett does not imply the inactivity of the Lord in the face of human suffering, just as it does not imply that the Lord will not reward the martyrs behind the coffin. It means only the existence of worse lives than our own, whereas Tegmark’s theory presupposes the existence of worlds, the inhabitants of which not only suffer, but also die definitively, devoid of posthumous existence.

What is worse is that horrific worlds are the fruit of pure mathematics, makes their existence mandatory, which means that the Lord is powerless to change them! The conclusions from this are offensive to pious rumors: the all-good Lord, loving his creations, but forced to watch the unquenchable sufferings of their infinite set-the deity is exceptionally tragic.

However, the believer has an occasion for hope.

Unlike the theory of multiple worlds Everett, based on experimental theories of physics, which are difficult to dismiss, Tegmark’s theory is based on fragile philosophical assumptions. Take, for example, his assertion that the physical world is a purely mathematical structure; Why should we agree? Physicists often use mathematical structures as models for the possible operation of the physical world, but they do not equalize mathematical models with the world itself. The reason that Tegmark decided to do this is his belief that physics should be cleared of anything other than mathematical formulations. He called other concepts in addition to mathematical concepts an “anthropocentric load”, which must be eliminated in order to achieve objectivity. But why is this mathematical formulation the only way to describe things objectively, such as they are in themselves? As far as I can tell, he does not substantiate this assumption. A theory based on such a contradiction of our intuition thesis is not enough to shake faith in the all-good Lord.

Except for the challenge thrown by the existence of monstrous worlds in the multiple universes of Everett and Tegmark, the idea that we live in a multiverse does not necessarily contradict faith in God. Any believer should seriously