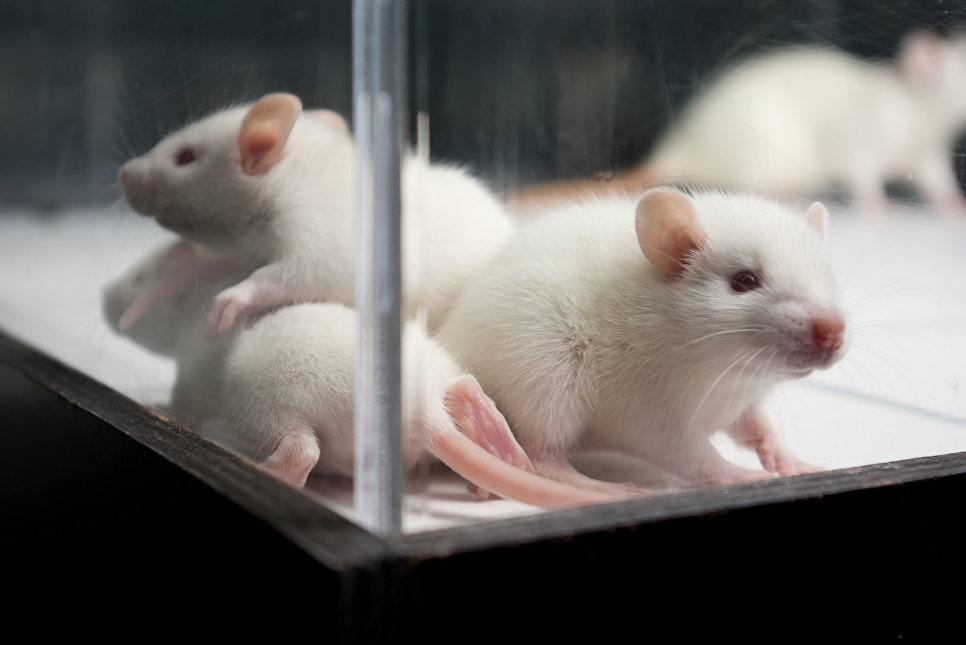 In most cases, the fate of laboratory mice is unenviable, but John Calhoun in 1968 tried to create for them truly “paradise” conditions in the framework of the experiment “Universe 25”. The result of this venture was very unexpected, and perhaps people have something to worry about in this regard.

For the experiment, four females and four male mice were taken. Specially for them, there was a special “closed universe” – a parallelepiped tank with sides 2.5×2.5×1.5 meters. The mice were provided with constant food and drink. Each of them had its own “living space” – small capsules, where mice could be in their spare time. The purpose of the experiment, which was conducted on the basis of the National Institute of Mental Health, was to analyze the development of the population in such favorable conditions.

The limit for the population, according to scientists, was a population of nine and a half thousand individuals, if we take into account how animals were fed. The water would be enough to drink a little more than six thousand mice a day. However, at the peak of the experiment, the number of animals was 2,200.

In total, Calhoun identified four stages of development of mouse “paradise”. The period from the moment of the beginning to the appearance of the first pups was called stage A. Then, in stage B, the number of mice doubled every 55 days. At stage C, when there were 620 mice in the tank, the population growth rate slowed down. Now it doubled every 145 days, and a social hierarchy began to form between the mice. Some of the young males of their relatives began to be expelled to the perimeter of the tank.

“Outcast” mice, wounded by their relatives, “psychologically broke.” Some of them became passive, others – on the contrary, overly aggressive, they often attacked other mice. Because of this, the risk for pregnant females increased. As a result, they (and not males) themselves began to behave aggressively, and defend their territory. Sometimes they attacked their own children. Because of this, fertility declined in the population, and the mortality rate of young animals increased significantly.

Phase D was the last stage of the existence of mouse “paradise”. By the time it began, the number of mice began to decline. The females practically ceased to give birth, and among the males a group was formed, which the author of the experiment called “beautiful.” Unlike the rogue, they did not have any scars, but they did not even try to leave offspring after themselves. All their time they devote to food, sleep and clean the fur.

In 1972, Calhoun decided to complete the experiment. In the tank there were only 22 males and 100 females. By this time, individuals could no longer produce offspring, which would be able to revive the population.

The scientist foresaw such an outcome and during the third phase he tried with a small group of mice to restart the process of creating the population. However, the animals remained faithful to the model of behavior that they had learned in the tank.

Based on the results of the experiment, Calhoun came to the conclusion that achieving a certain population density and filling social roles in the population leads to the disintegration of society due to the emergence of a layer of “rogue”. They are compelled to compete with older males, society is going through a “death of the spirit”.

Today some scientists, taking into account the statements about the overpopulation of the Earth, speak about the possibility of repeating such a scenario for people. The scientist himself said that by 1984, humanity could pass a point of no return.