The problem of overpopulation of the Earth 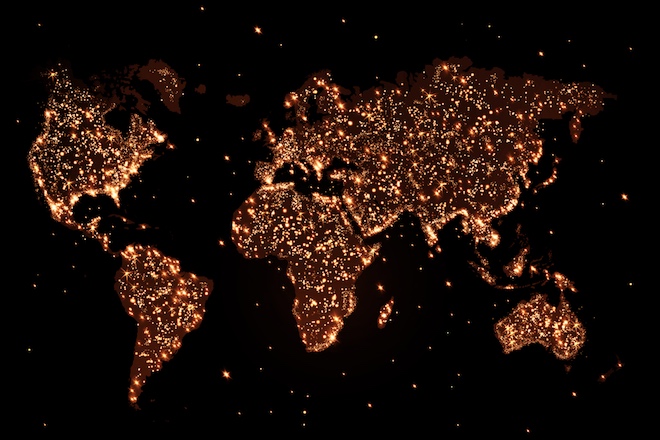 In 1800, the world’s population reached about 1 billion people. Since that time, it has increased more than 7 times and amounted to more than 7.5 billion in 2017.

It is expected that the number of inhabitants of the planet will exceed 10 billion by 2050. Will population growth continue? Will the current trend be sustainable in the long term? Should we try to reduce or stop this growth?

In a nutshell, the world’s population is increasing, as the number of births exceeds the number of deaths in the ratio of three to one. Surplus births first occurred two centuries ago in Europe and North America, where mortality began to decline.

This marked the beginning of what scientists call the demographic transition. The transition subsequently spread to the rest of the planet, as social and economic progress, combined with improved hygiene and medicine, began to reduce mortality rates. 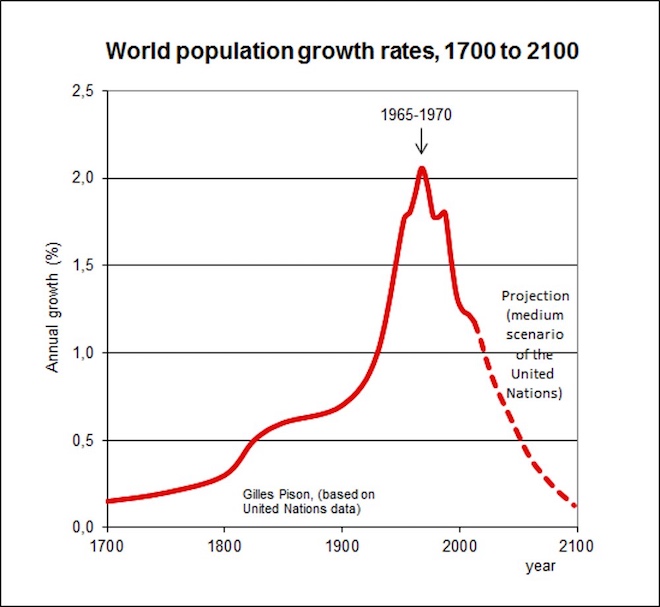 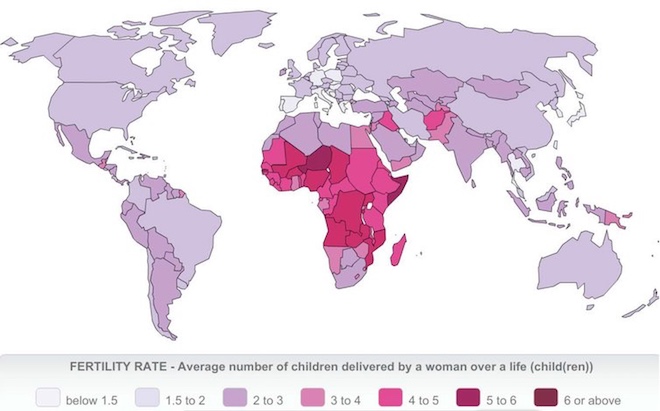 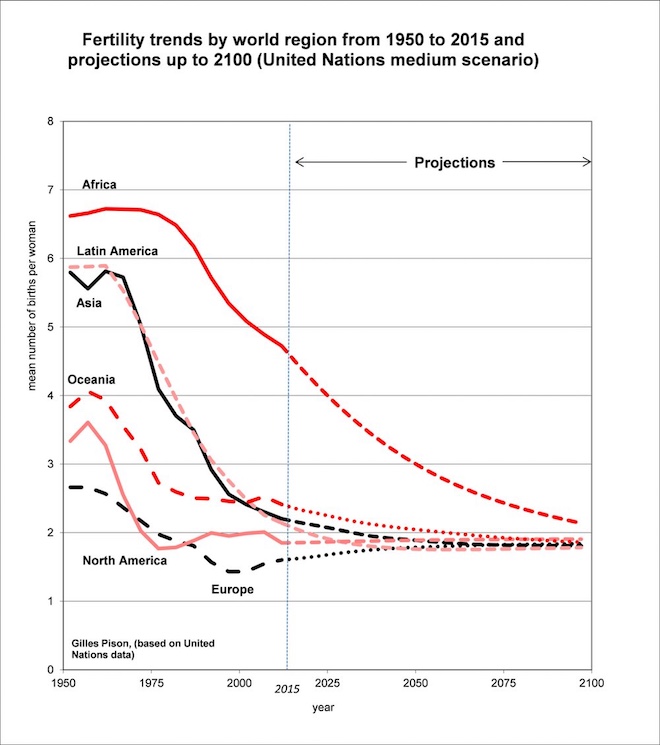 Annual population growth rates reached a peak half a century ago – more than 2%. Since then, they have fallen by half, to 1.1% in 2017. This trend should continue in the coming decades, as fertility declines globally from 5 children per woman in 1950 to 2.5 children per woman today.

In 2017, areas where fertility remains high (more than 3 children per woman) include most of the countries of intra-tropical Africa and the region from Afghanistan to northern India and Pakistan. These areas of the planet will determine the growth of the world population.

A key trend in the coming decades is population growth in Africa. The population of the continent may increase 4 times over the next century, rising from 1 billion inhabitants in 2010 to 2.5 billion in 2050 and to more than 4 billion in 2100, despite the negative impact of the AIDS epidemic and other factors. Now one person in six lives in Africa, and after a century the proportion is likely to be more than one-third. Growth will be particularly rapid in Black Africa, where the population can grow from 800 million in 2010 to 4 billion in 2100.

Even if the world fertility is only 1.6 children per woman, as in the case of Europe and China, the population will continue to grow for several decades. The proportion of old and very old people is very small, so deaths are relatively few.

Demographers were taken by surprise in the 1960s and 1970s, when studies showed the onset of a sharp decline in fertility in many countries in Asia and Latin America. Demographic predictions for these regions of the world were revised downward.

Another surprise concerns intertropical Africa. It was expected that the decline in fertility in the region would begin later than in Asia and Latin America due to slow social and economic development. But in intertropical Africa the process is even slower. This explains the revision of the growth rate of population growth for the continent, where a third of the world’s population will live by the year 2100.

Forecasting the future for more than 50 years is a difficult task. If a small family becomes the dominant model in the long run with an average fertility of less than two children per woman, the world population, reaching a peak of 10 million, will gradually decline until extinction. But another scenario is possible, in which fertility will recover in those countries where it is now very low, eventually reaching more than 2 children per woman all over the world. The result will be a constant population growth and again the extinction of the human race, this time due to overpopulation.

Of course, people should think today about the need for long-term equilibrium. The population of the planet will inevitably increase by 2-3 billion from today and through 2050 due to the demographic inertia that no one can prevent. Nevertheless, we have the opportunity to change our way of life and treat with great respect for the environment and make more efficient use of natural resources. In general, the long-term survival of mankind depends more on the model of life, rather than on the size of the population.