The program will turn the drawn line into the real card 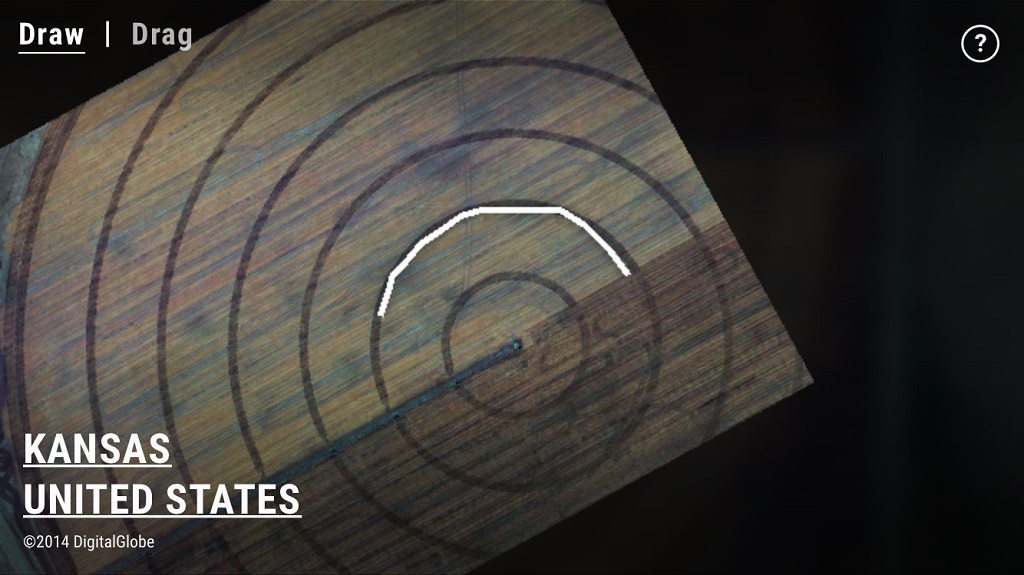 Thanks to thousands of satellites in an orbit we have made a detailed picture of how the Earth’s surface from space looks. And, though can seem that on the planet each corner is already open and investigated, It should be noted that all of you still can find some interesting places independently. For this purpose also the informative Land Lines program which will show you Earth in the unusual way is thought up.

Land Lines is developed by programmers Zac Lieberman and Matt Felsen who used algorithms OpenCV Structured Forests and ImageJ Ridge Detection for work. They have constructed the program tool which distinguishes any line on the screen and finds it in satellite pictures somewhere on the surface of our planet. Just use the cursor to draw any curve, and the program will show it on the map!

The algorithm shows that on the Earth’s surface it is possible to find practically any lines of the most various forms. Except the Draw mode, the program has also a Drag mode which allows the user to draw a continuous curve. The program instantly finds the corresponding satellite pictures and turns the line into an infinite travel over the countries and continents of our planet, passing from one card to another.