The project of port is developed for pilotless devices 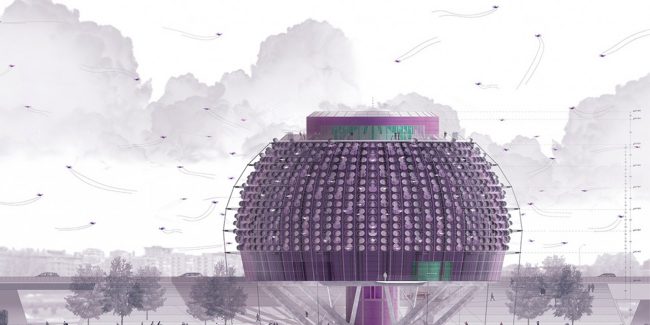 Many large companies already began to experiment with drones, using them as couriers. Amazon, UPS and Domino think how more effectively to use unmanned aerial vehicles in the purposes, but none of them thought of infrastructure necessary for this purpose. Pilotless devices need to be stored, loaded and repaired somewhere not to mention that before shipment from a warehouse it is necessary to fasten somehow sending to the flight vehicle. The architect from Alkala’s University, Saul Fernandez, proposed own problem resolution — the project of a city dronoport.

“Modern problems of the goods delivery UAVs need to be solved, now the companies occupied with express transportations have no clear understanding of what will be when they buy several thousands of flight vehicles and will begin to dispatch with their help sending. In the city they won’t be able effectively to cope with objectives therefore I try to propose the solution in this difficult situation” — Saul explains. 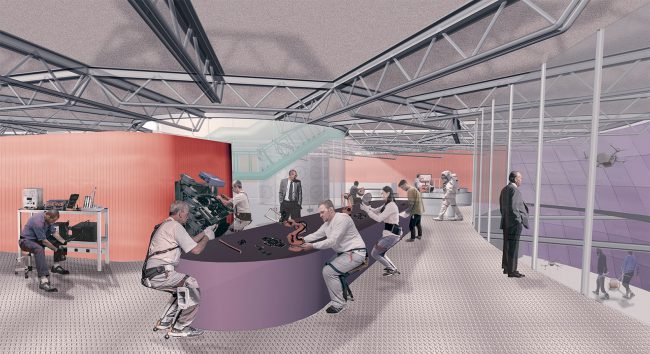 The project is called Urban Droneport. It could be in Madrid and to serve as a peculiar concentrator and the logistic center for UAVs. Drones will be in special spherical hangars — inside they will be able to be recharged, thanks to the solar panels located on covers of the same capsules. 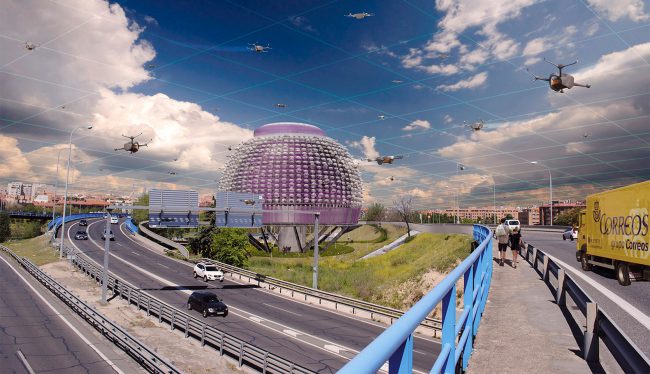 Good and necessary concept. Considering that drones gain popularity and more and more companies express the interest in involving UAVs in the fields of activity, they should create infrastructure for effective operation of the UAV all the same.