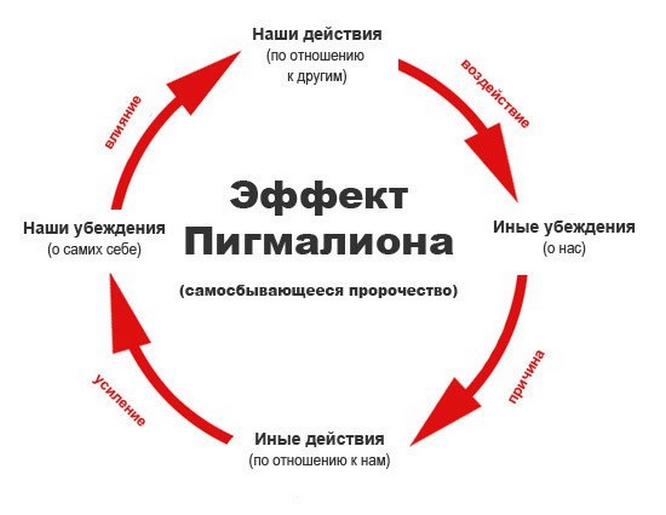 The Rosenthal effect (or Pygmalion effect) is a Psychological phenomenon, which is that if a person firmly convinced of the loyalty of some prophecy, he contributes to the fulfillment of this prophecy.
In 1968, psychologists Rosenthal and Jacobson Lenore’s experiment was conducted, in which children are involved one of the schools of San Francisco. The essence of the experiment was to test the level of intelligence of students. During the experiment, the psychologists took several students who, in their opinion, possessed outstanding intellectual abilities.
Teachers were surprised with the choice of psychologists, as their chosen students did not show any special mental abilities. But psychologists are assured: “If children are not said about themselves, their intellectual potential in the future will be revealed!”. It turned out that the psychologists chose students with high IQ is completely random. But the amazing thing is that when Rosenthal and Jacobson came at the end of the school year in order to measure the intelligence quotient of the students, they found that those children, whom they chose in the beginning of the year, as possessing high intellectual abilities, and showed the highest level of IQ.
The experiment clearly showed that what we believe, we receive. Teachers will not will, but believe in the words of psychologists that the selected students have a high IQ, and their expectations gave the disciples, and they met the expectations of their teachers, and achieved good results.