The python has swallowed three deer in a row 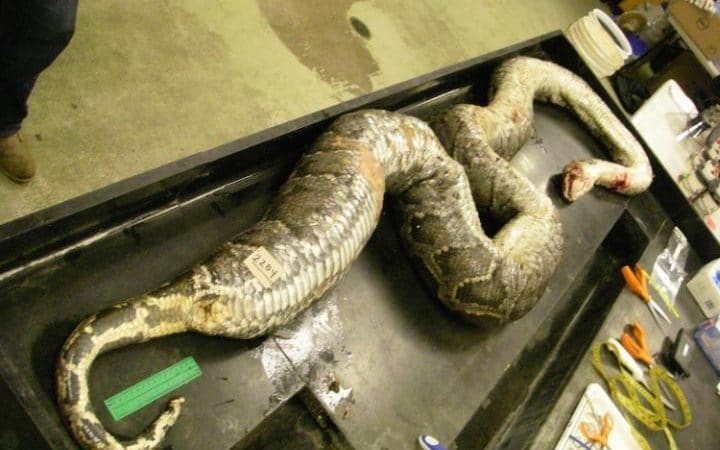 Python molurus bivittatus 4,8 meters long have caught in the Everglades National Park in Florida. A reptile have lulled and prepared. Results of opening have shown that during lifetime the python has swallowed three white-tailed deer. Experts have established that he has caught and has eaten deer in 90 days: for a snake it is quite short interval between three big meals.

“If the python is capable to eat three deer in three months, there is a question: whom else do they eat? We don’t even know how many them in the reserve. But the main issue — as often they eat?” — the zoologist Scott Bobek has commented on own research. 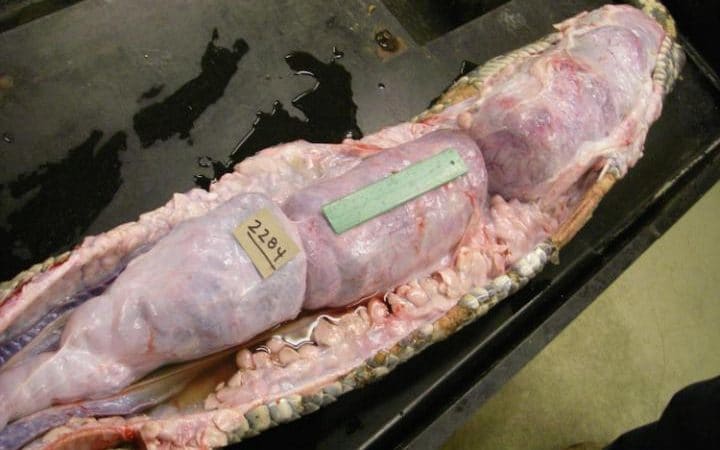 For America pythons — an invasive look; before people have delivered them to Florida in the 90th years, they met only in the southeast of Asia. In America they have begun to hunt local animals. The previous researches have shown communication between appearance of pythons and falling of number of rabbits, lynxes and raccoons.