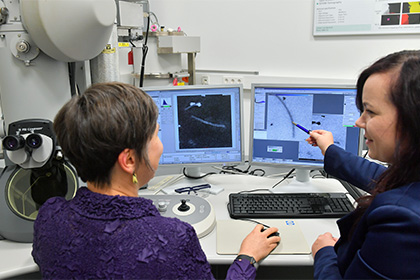 An international team of scientists from Canada, the Republic of South Africa and Italy discovered a gene that contributes to sudden death among young people, especially athletes.

Mutations in the identified gene, designated CDH2, cause arrhythmogenic right ventricular dysplasia. This hereditary disease is characterized by a violation of the activity of the heart muscle. Muscle tissue is replaced by a connective tissue, which leads to tachycardia and fibrillation. It is known that this pathology is the cause of death of apparently healthy people at the age of about 35 years.

The scientists established sequences of DNA coding for two members of the same family who suffered from arrhythmogenic dysplasia. More than 13 thousand genes present in the same variant in both patients were analyzed.

CDH2 encodes the protein N-cadherin, which is embedded in the cell membrane and participates in the formation of contacts between the cells of the heart muscle. His involvement in the development of heart failure was confirmed by the discovery of a second mutation affecting the gene in a patient with dysplasia from another family.