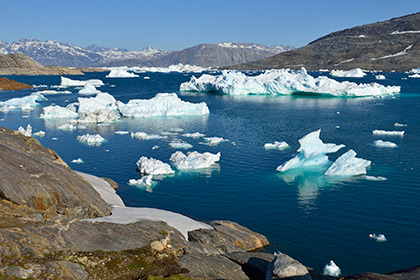 British geophysics from the Cardiff university proposed the possible solution of “a problem of 100 thousand years”. It explains the reason origin on Earth each hundred thousand years of Ice Ages. Briefly reports the Daily Mail edition about it.

Scientists connected the global cold snaps which are observed with the period hundred thousand years with absorption of carbon dioxide by the World Ocean from the atmosphere. Now, including because of anthropogenous factors, the return process is observed — carbon dioxide is released from water and promotes greenhouse effect.

Specialists came to the conclusions, having studied benthonic layers of the ocean. It turned out that in the fossil organisms and breeds arising approximately each hundred thousand years which remained there is approximately equally high content of carbon dioxide.

Scientists assigned a key part in balance of carbon dioxide in water to seaweed, and compared ice on the surface of the ocean to a cover. According to specialists, now Earth is in the interglacial period. The last freezing as authors note, ended about 11 thousand years ago.