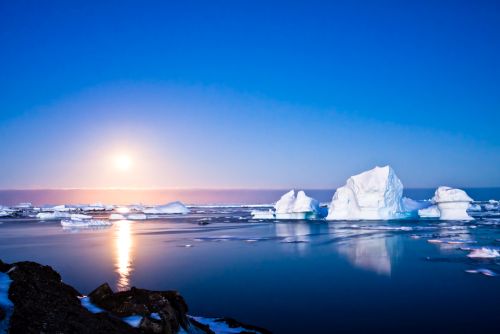 The absolute maximum of 17.3° was recorded on 24 March 2015 at the Argentine station Experanza located and the Northern most point of the ice continent. $CUT took almost two years to the world meteorological organization (WMO) reviewed the results of the observations in Antarctica in the framework of the program for the study of global warming and recorded the record officially.

The range of fluctuations of the temperatures on the sixth continent of the planet is usually 10-60 degrees, naturally, with the sign “-“. Proof of the maximum and minimum temperatures will help to create a picture of the weather and climate at the South pole, according to specialists on Antarctic climate.

As you know, the sixth continent holds 90% of the freshwater resources of the planet in the form of ice. The thickness of the ice shell reaches almost 5 km. If all the ice of Antarctica melts, the water level in the oceans will rise by 60 meters! This means that despite the remoteness from the most populated regions of the weather in Antarctica is very important for humanity.

Temperature record “big Antarctica”, the mainland along with the Islands South of 60 degrees South latitude, was recorded January 30, 1982 on the island of Signy, which is part of the Orkney archipelago. That day the thermometer rose to the level of 19.8°C. Another record – the highest temperature at altitude not below 2,500 meters above sea level, was established on 28 December 1980 and amounted to -7.0°C. the growth temperatures of Antarctica in the first place over the last century average temperature increased by 3°C.

Record the lowest temperature on the planet is equal to -89.2°C. This temperature was recorded at the Soviet station Vostok in the centre of the icy continent on 21 July 1983.

Today, March 4, at station Experanza (Antarctica) the day temperature is expected to -8…-10 degrees, the weather is cloudy, without precipitation.