The relationship between US ecology and precipitation in Africa is established 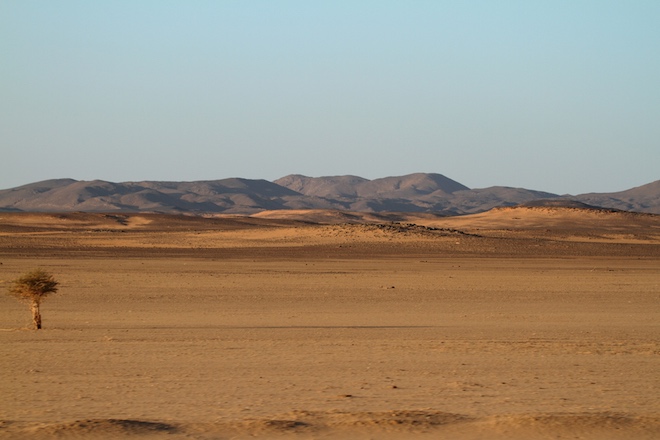 According to a new study, reducing emissions of sulfur dioxide in the United States can significantly increase rainfall in the semi-arid African savannah Sahel.

Air filters that have been installed in US coal power plants since the 1970s have dramatically reduced emissions of sulfur dioxide, a toxic gas that promotes acid rain and premature death from respiratory and cardiovascular diseases. If by the year 2100 SO2 emissions in the US are reduced to zero, then, according to scientists’ forecasts, the amount of precipitation in the Sahel can increase to 10% compared to 2000.

“Reducing emissions in one region can affect the amount of rainfall in the other, because our global atmosphere is interconnected,” explains lead researcher Dan Westerwelt from the Columbia University Earth Observatory Lamont-Doherty.

Sulfur dioxide simultaneously cools and dries the earth’s climate, reflecting sunlight back into space and suppressing thermal evaporation near the earth. Previous studies have linked strong droughts in the Sahel in the 1970s and 1980s with high sulfur emissions in Europe and Asia. This work for the first time examines the impact on the world’s regions of emissions in the United States.

Researchers have created three independent global climate models to compare the relative impact of reducing anthropogenic sulfur emissions to zero and keeping them at the 2000-2005 level. In the zero-emission scenario, a slight increase in average global rainfall was observed in all three models, with higher levels observed in the United States and other parts of the Northern Hemisphere. Two models found that in the Sahel, rainfall in the rainy season increased by 5-10%, and the season itself became longer by two and a half days.

“We were surprised to see that the removal of sulfur in one country has a significant impact on the amount of rainfall over thousands of kilometers on another continent,” said study co-author Arlene Fioret.

Precipitation was greater when the belt of tropical rains returned to its normal northern position above the equator during the summer in the Northern Hemisphere, showing patterns consistent with earlier studies. The belt of rain usually moves north when the Northern Hemisphere warms up during the summer, but when sulfur emissions are high, colder temperatures in the north cause the belt to migrate as far as possible.

The researchers found that reducing emissions in the US to zero was sufficient to move the belt of rain about 35 km to the north, capturing the territory of the African savannah. “This northern belt shift may mean that arable land on the northern edge of the Sahel can become more productive in the future,” the scientists believe.

Although two of the three models are generally consistent, they vary in how much rains can expect different regions as sulfur emissions in the United States decrease. “We have only one real example – historical data, so it’s very difficult to quantitatively link emissions with reactions,” said co-author Drew Schindell of the University of Duke.

Another complicating factor is the impact of increased carbon emissions. The technology of carbon dioxide capture, in contrast to sulfur dioxide, is still far from effective. “It’s a good idea to cut SO2 with pollution control equipment in coal-fired power plants, but it would be even better to give them up completely for the sake of human health and mitigate climate change,” Shindell said.