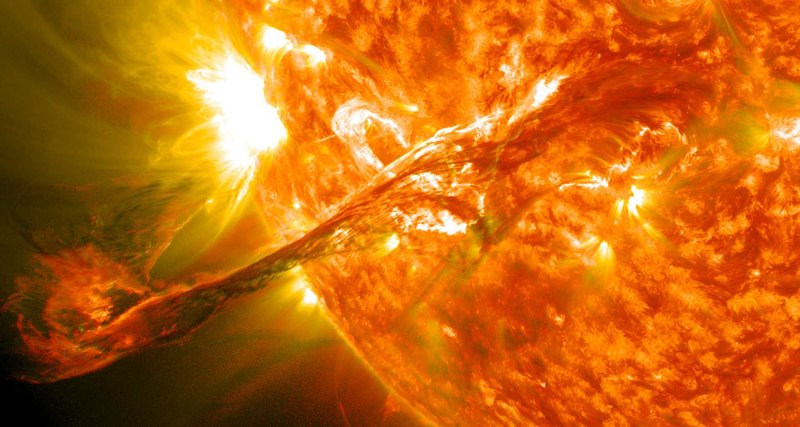 The first release of plasma from the atmosphere of the Sun, which took place on Monday, will reach the Earth’s magnetic field by Thursday morning. At the same time, the probability of this provoking a magnetic storm of the first of five possible levels is about 35%, according to the website of the Laboratory of X-ray Solar Astronomy of the Physical Institute of the Russian Academy of Sciences.

The release of plasma from the atmosphere of the Sun into interplanetary space occurred early in the morning on February 12. “Plasma emissions from the Sun are a rather rare phenomenon, usually observed only after major events,” the scientists emphasized.

As told in FIAN, the resulting outburst is weak, but, nevertheless, it will have an impact on the Earth due to its direction – almost exactly along the Sun-Earth line. Flying matter will reach the magnetic field of our planet around 08:00 Moscow time on February 15.

“At the time of the impact on the Earth’s magnetic field, fairly noticeable perturbations of the magnetic field lasting about 8-10 hours are predicted,” the scientists noted, adding that the probability that this will lead to a magnetic storm of the first level is about 35%, the second level – about 10 %. “The probability of a more significant event is practically excluded,” stressed FIAN.