The remains of a dinosaur with a barbed head 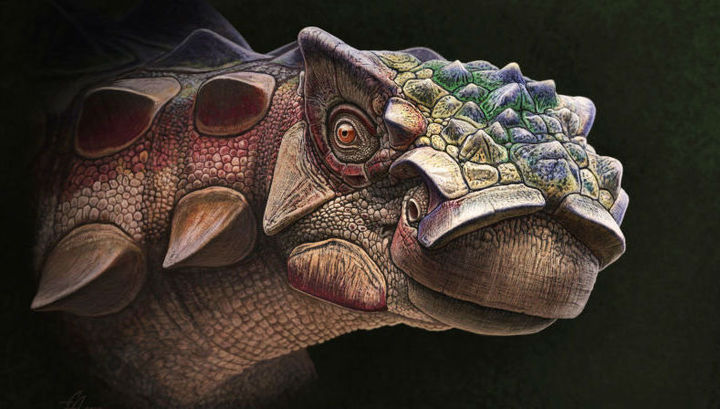 Scientists have discovered the remains of the dinosaur Akainacephalus johnsoni, nicknamed “prickly head.” The discovery changes what experts know about North American ankylosaurs, extinct herbivore “armored” creatures who had the misfortune to live next to the tyrannosaurus at the end of the Cretaceous.

As scientists say, they managed to find the skeleton of ankylosaur of the late Cretaceous period, the most complete of all ever found in the territory of Utah (or throughout the southwestern United States).

Unlike other North American ankylosaurs that lived around the same time, this dinosaur had thorns and small horns on the head and muzzle.

Actually, for this reason, he was given the specific name Akainacephalus johnsoni, the first part of which is translated as “horned head”, and the second half is revered by Randy Johnson. The latter is a member of the museum, who helped prepare the skull of an ancient creature for analysis. 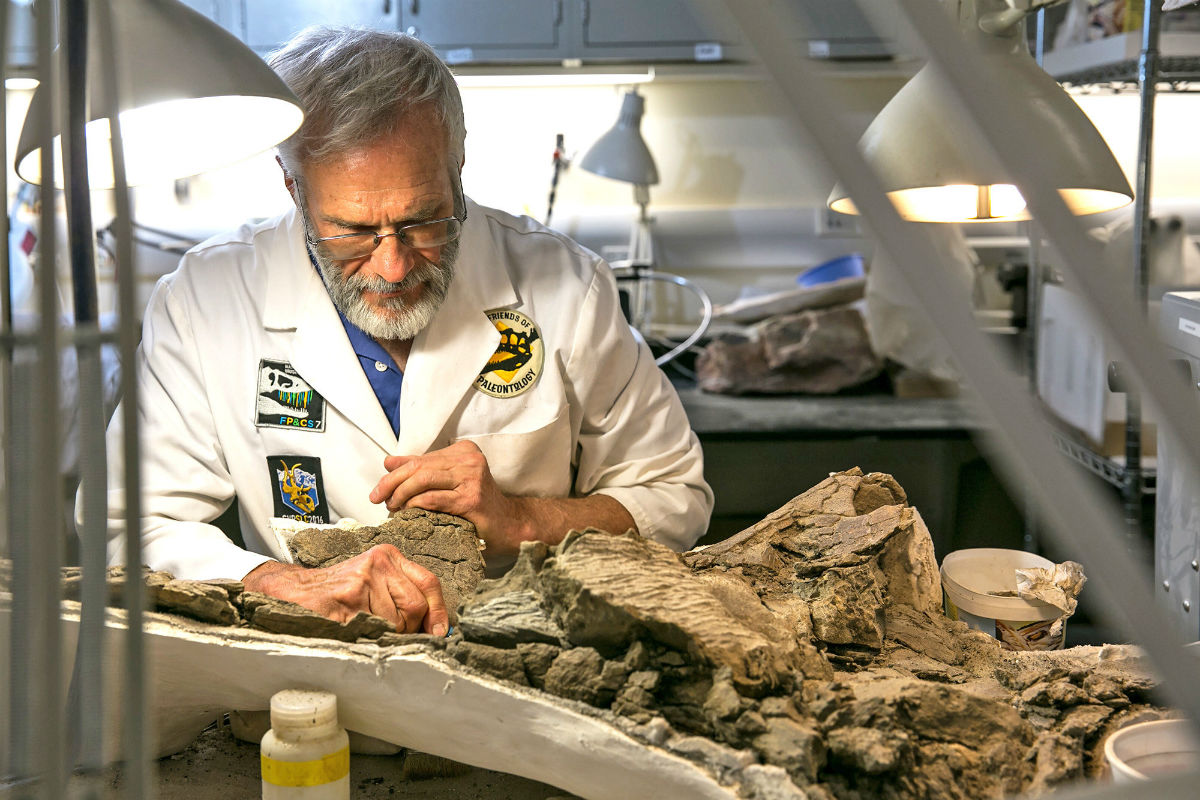 The fossilized remains of A. johnsoni were discovered by the Grand Staircase-Escalante National Monument in the southeastern part of Utah, USA. His bones were buried in 76 million mountain rocks of the Kaiparowice formation – the geological layer.

Working in this desolate area, paleontologists from the Utah Natural History Museum and the University of Utah managed to pull out a number of bones, including an immaculately preserved full skull, bone carapace, several vertebrae, anterior limb, various bones of the hindlimb and almost full tail with a cult mace attached to him.

It took specialists almost four years to collect and fully prepare the bones for analysis.

As a result, it turned out that A. johnsoni was a medium build in size from 4 to 5 meters in length and about 1.5 meters in height.

Like other ankylosaurs, this creature had something to protect itself: it had a formidable “armor” from the head and to the tail, including osteoderms (ossifications located in the mesodermal layer of the skin in some vertebrates). 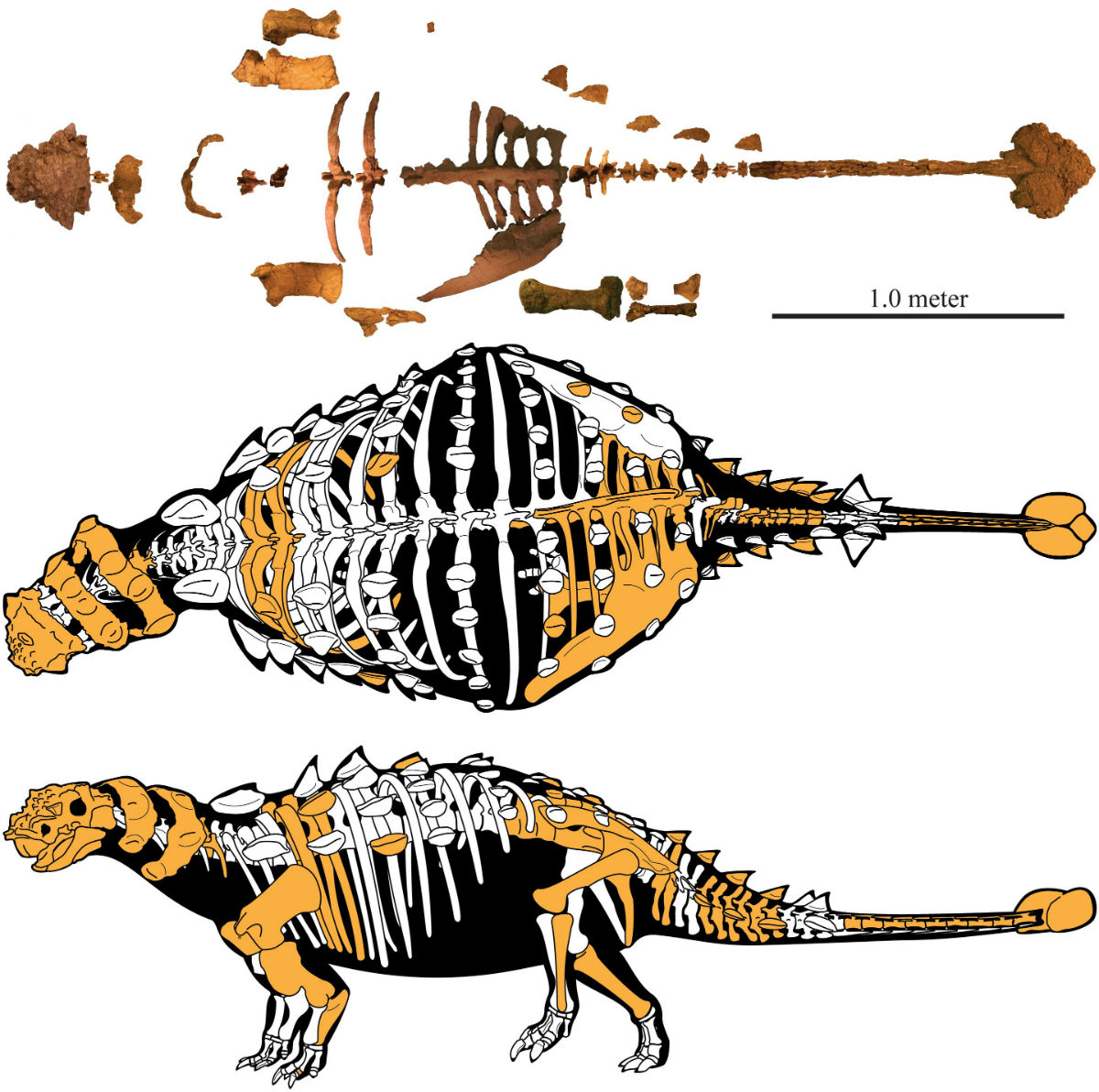 His head was decorated with a “veil” of thorns and tiny horns, and the tip of the tail, as already noted above, was equipped with a large bone mace, which he probably used to deter predators.

As his formidable appearance suggests, A. johnsoni needed such protection to survive in the harsh conditions of the late Cretaceous period in North America. As this herbivorous creature had to regularly contact with menacing contemporaries – tyrannosaurs, and other predators.

The discovery shows that ankylosaurs were more diverse in their physical characteristics than paleontologists thought earlier.

Description of the curious find is presented in the scientific publication PeerJ.