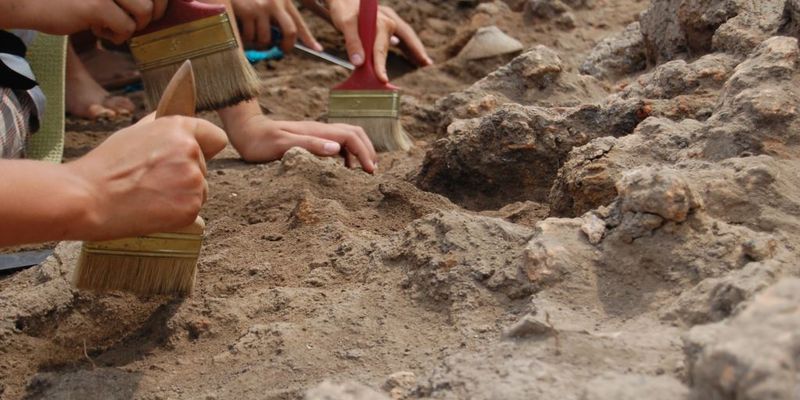 The burial place, in which were the remains of a man, an iron knife and fragments of pottery, presumably related to the late bronze-early iron era, were discovered in the city of Telavi (Kakheti).

The artifacts were discovered as a result of reconnaissance work in the territory of Zuzumbo, not far from the motorway. Professor of the University of Ilya in Tbilisi, Nika Tushabramishvili believes that the grave belongs to the warrior of that era.

“The basis for believing that this grave may belong to a warrior is given to us by many other objects found here.We sent human bones to the commission for the study of Georgian genetics that exists at the Scientific Academy and belongs to the Museum of the History of Medicine.With their conclusion we will know the exact details, “Tushabramishvili said.

Last week in the Zuzumbo area, archaeologists discovered a bronze bracelet from the Early Iron Age, as well as ceramics and part of the iron spear of the 16th-14th centuries and the X-VIII centuries BC.