The remains of one of the largest flying creatures have been studied. 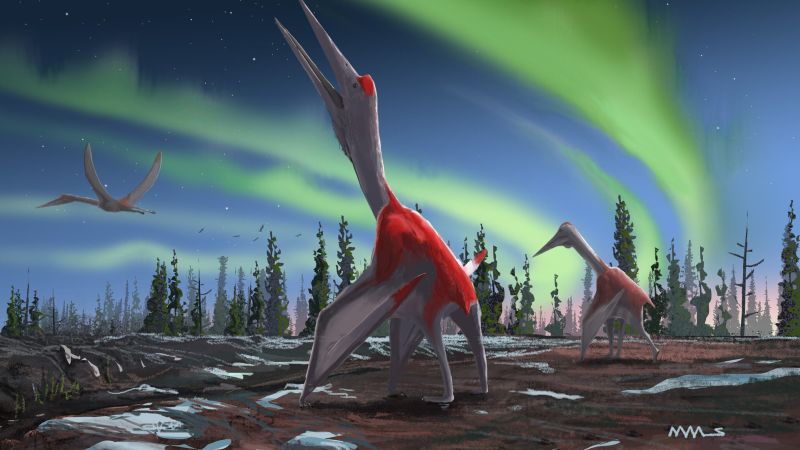 A group of paleontologists carefully examined the fossilized remains of a pterosaur discovered in a Canadian province called Alberta. A previously unknown creature, experts christened Cryodrakon boreas, which can be translated as “cold dragon of the north winds.” The individual lived in western Canada about 76 million years ago, that is, during the Cretaceous period.

Interestingly, the bones of this creature were found almost three decades ago, in 1992. But only a recent analysis of a valuable find has helped paleontologists identify a new genus and species of pterosaurs.

According to Dr. David Hone, Queen Mary’s University of London’s supervisor, the researchers have long suggested that the fossilized remains belong to a different species and species, Quetzalcoatlus northropi. The fact is that both Q. northropi and C. boreas belong to the Upper Cretaceous pterosaurs family under the name Azhdarchids.

They are known for their huge size, but the largest was just Q. northropi, its wingspan reached about ten meters.

At the end of the last century, experts knew little about this family, for this reason they mistakenly attributed the found remains to the genus Quetzalcoatlus. 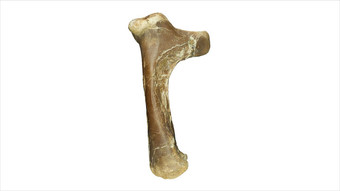 Specialists poetically christened the creature the cold dragon of the northern winds.
Photo by David Hone.

Over the past few years, researchers have found more representatives of Azhdarchids in France, Morocco, Kazakhstan, Hungary, Romania and other countries. This helped paleontologists better understand these creatures.

In addition, experts carefully studied the fossilized remains of partially preserved cervical vertebrae and other bones of the genus Quetzalcoatlus and figured out how they flew.

Subsequently, the researchers compared the remains of these individuals with the fossils found in Canada, and concluded that the latter belong to a completely new genus and species of Azhdarchids. In particular, the distinctive features of the cervical vertebra C. boreas indicated this.

As scientists found out, the wingspan of an adult being was up to 10 meters, and that of a young one was about five meters. This adult pterosaur weighed about 250 kilograms. Thus, scientists write, he could be one of the largest flying animals in history, along with individuals of the genus Quetzalcoatlus.

Like other Azhdarchids, these creatures were carnivorous. Most likely, they ate smaller animals, for example, lizards, mammals, and even cubs of dinosaurs.

But the species of C. boreas, presumably, were hunted by large-sized tyrannosaurs and even crocodiles. This is indicated by the scratches observed on their fossilized bones. Moreover, a tooth was discovered in the bone, which, apparently, belonged to a small carnivorous dinosaur. But to say exactly about who could hunt for flying reptiles is impossible. 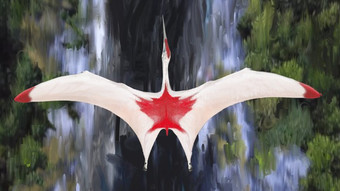 The reptile lived during the Cretaceous period.
Illustration of David Maas.

An attentive reader will notice that in the illustration, the “dragon of the north winds” is painted in the colors of the Canadian flag.

As Hon said in an interview with Gizmodo, you should not take it seriously, this is just a tribute to Canada. Unfortunately, he says, scientists know little about the true color of pterosaurs.

The results are published in the Journal of Vertebrate Paleontology.