The remains of the most ancient arthropod 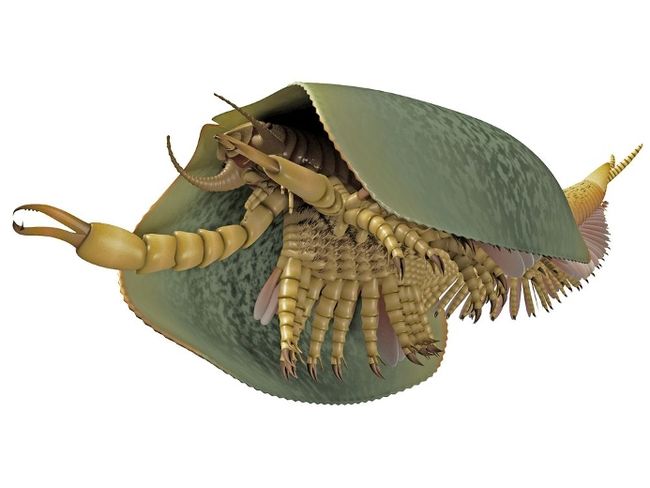 Paleontologists from the University of Toronto discovered in the canyon of the Kootenay National Park in Canada the well-preserved remains of an ancient marine animal that lived 507 million years ago. After researching the find, they suggested that Tokummia katalepsis were the ancestors of the ruminant – subspecies of arthropods – which include cancers, centipedes, ants and flies.

Tokummia lived in the tropical sea and was one of the largest predators, about 10 centimeters long. The analysis of fossils showed that the marine animals had 50 feet, a shell resembling a tent, and two claws resembling cannula knives. Researchers believe that the claws could be too brittle for hunting animals with a shell, so Tokummia, most likely, preferred soft food. During the hunt, they burrowed into the mud.

The remains of Tokumeia helped paleontologists understand the anatomy of early ruminants, who had mandibles (or upper jaws) – a pair of limbs with which the animal sufficed, crushed and cut off food.

“Despite the colossal diversity of these animals, the origin of the ruminants was largely a mystery,” says lead author Cedric Aria. “Until now, we have had only hints of how the first arthropods with mandibles looked.”

By the way, arthropods include millions of species and subspecies, representing one of the greatest evolutionary systems on Earth.