The reversal of Earth’s magnetic field 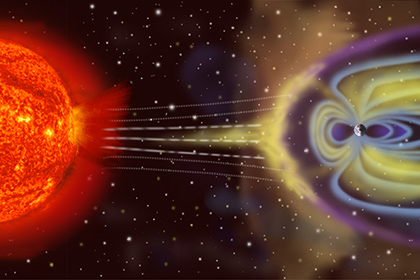 Geophysics from the University of Rochester John Tarduno and Vincent har described the location of the anomaly, which is associated with the impending upheaval of Earth’s magnetic field. Their findings of American scientists stated in the column of publications of The Conversation.

According to them, the Earth’s magnetic field weakened over the last 160 years, and the main reason for this is the South Atlantic anomaly, extending in the southern hemisphere between Zimbabwe and Chile. The magnetic field in this region is so weak that, according to scientists above her companions practically not protected from cosmic radiation.

The source of the South-Atlantic anomaly hidden in the bowels of the planet, between the core and the mantle, in the region of South Africa, where the direction of the magnetic field is now opposite to its average (global) orientation.

Geophysics noted that the magnetic field over the South Atlantic anomaly continues to weaken, which portends a global reversal of the magnetic poles of the planet. Such event, according to experts, will affect the health of ground and orbital electronic systems and navigation equipment, as well as the incidence of cancer.