The richest burial in Eastern and Central Europe found in Romania 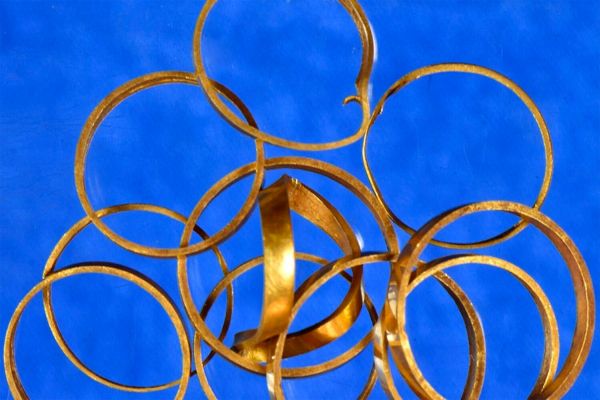 Archaeologists from the Tsari Krishurilor Museum have discovered an unusual cache with gold rings from the Copper Age in Romania, local publication Agerpres reports about the discovery. The researchers dated the discovery to about 4.5 thousand years BC. This is the first such rich burial found in Eastern and Central Europe.

According to scientists, these rings were used to decorate the hair. Hundreds of bone beads and an ornate copper bracelet were also found nearby. All the finds were located next to the skeleton, which supposedly belonged to a noble woman.

Archaeologists believe the remains belonged to a woman due to the size of the skeleton. She was tall and rather plump, her teeth were in good condition – all this indicates that this is the skeleton of a representative of the upper classes of society.

In the future, the researchers plan to analyze the DNA and materials from which the precious jewelry is made. This will help to understand to which people and culture the tribes that inhabited this territory belonged, and where metals were mined to create jewelry.

The researchers note that nowhere else in Eastern and Central Europe could find such rich burials.