The rise in temperature threatens cannibalism

The warmer, the higher the chances of being eaten by representatives of its kind. Such an experiment was conducted on dragonflies, but it is possible that the revealed regularity extends to other species.

Cannibalism, that is, the eating of individuals of its kind, is characteristic of many animals. Among arthropods, cannibalism in the form of male eating by the female is widespread in spiders. In insects, it is less common and is usually associated with a lack of food or greater accessibility of individuals of its species as such. Exceptions include dragonflies, in which eating their own kind is one of the ways to select the strongest and is practiced regardless of the availability of other food. This is facilitated by the way of life and the way of hunting: the dragonfly at the stage of the larva, as a rule, is prone to hunt from an ambush, using for this relatively small area. Of course, the appearance on it of “relatives” who eat in the same way is completely unnecessary. Then who will eat who first.

A team of researchers from the University of Toronto checked how much the temperature change of the environment brings us closer to gastronomic horrors. For the experiment we used nymphs (larvae) of the equinoctial dragonflies Lestes congener, common in North America. Two groups of larvae were placed in aquariums of different temperatures: 18 and 24 degrees Celsius. There they grew up and simultaneously found out the relationship with each other. 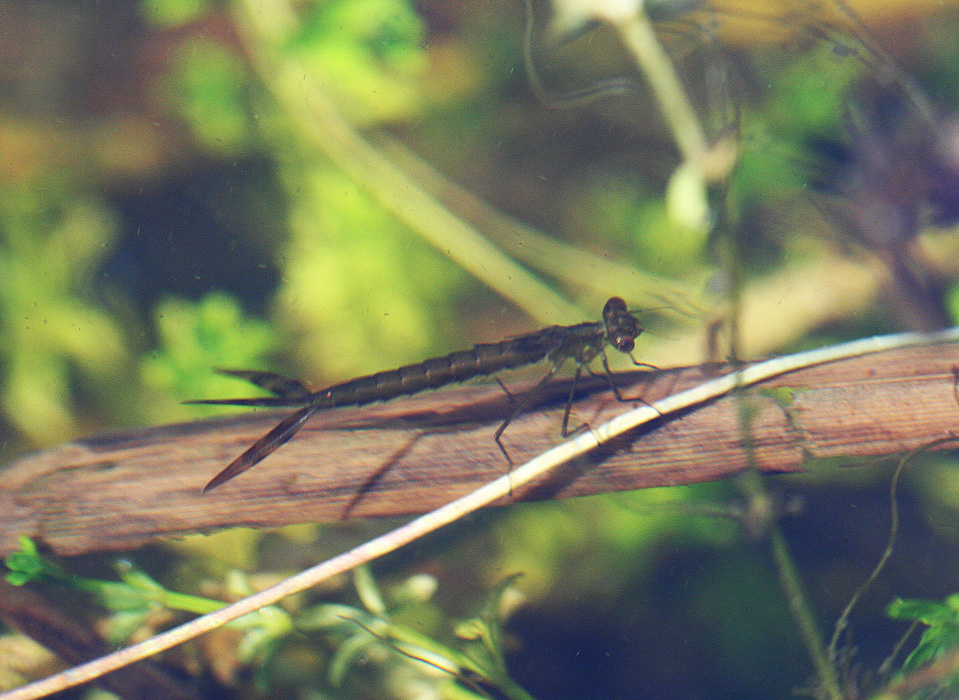 It turned out that a large temperature contributes to a greater difference in the size of the larvae and their more rigid perception of each other. That is, to put it more simply, cannibalism often manifested itself in a warmer environment. This was reported by scientists in the journal Biology Letters.

The revealed regularity, certainly, is connected with intraspecific variability of rates of growth and the sizes of separate individuals. It is very likely that with a lack of feed evolutionarily advantageous will be a strategy of slow growth: smaller individuals are easier to feed themselves. For the time being, it should be noted that trophic interactions tend to change together with the temperature of the medium.

The authors believe that the results obtained are likely to be fair not only for equinochine dragonflies.