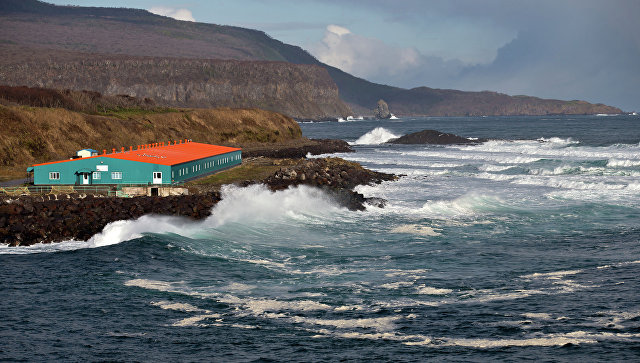 Russian scientists have completed the creation of a tsunami-hazard map near the Far Eastern coast of the country and in the Black Sea, the Siberian Branch of the Russian Academy of Sciences “Science in Siberia” reports.

Employees of the Institute of Computational Technologies of the SB RAS, the Institute of Computational Mathematics and Mathematical Geophysics of the SB RAS, as well as representatives of other scientific teams took part in the work. The project was associated with the need to develop a tsunami risk assessment in the long term.

Scientists had not only to create mathematical models of tsunami, but also to analyze huge observational material on seismology and regional seismotectonics, as well as to clarify the patterns of tsunamigenic earthquakes. The work of researchers was hampered by the fact that the array of scientific data was limited: for example, tsunami instrument records in the Far East began to be registered only from the mid-1950s.

Scientists have calculated tsunami-hazard maps of the Far East coast and the shores of the Black Sea for a hundred, two hundred, five hundred and a thousand years. Despite the fact that such periods go beyond the “planning horizon” of a person, do not take into account the possibility of the sudden appearance of destructive tsunamis, says Vyacheslav Gusyakov, the head of the Tsunami Research Laboratory of the IVMMG SB RAS.

“The entire eastern coast of Kamchatka and the Kuril Islands is in a zone of high tsunami-risk, at intervals of two or more years, tsunamis of 10-15 meters in height are possible here, which can not be defended,” Gusiakova said in Science in Siberia.
For the coast of the Bering Sea, the Sea of ​​Okhotsk and the Sea of ​​Japan, the threat level was significantly lower. Scientists have found that over the past 2,500 years, about 50 tsunamis have been observed in the Black Sea.

The researchers will help in the development of detailed tsunami-hazard maps, which must be followed when constructing facilities in the region. The maps will be used to improve the Tsunami Operational Forecasting Service and the planning of protective measures.