The river of molten iron accelerates the flow under the Russia 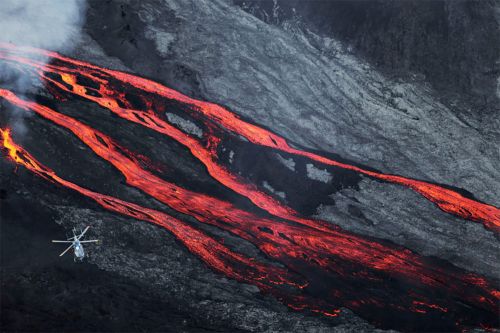 Since 2000, a huge stream with a width of about 420 km has tripled its speed, and now circulates in deep Siberia, drifting towards Europe at 40-45 km per year. This is three times faster than the normal speed of movement of the liquid substance in the outer core of the Earth.

Nobody knows why the flow is accelerated, however, the team investigating the jet, believes this is a natural phenomenon that originated billions of years ago. It can help us to understand the process of the formation of Earth’s magnetic field protecting us from solar winds. 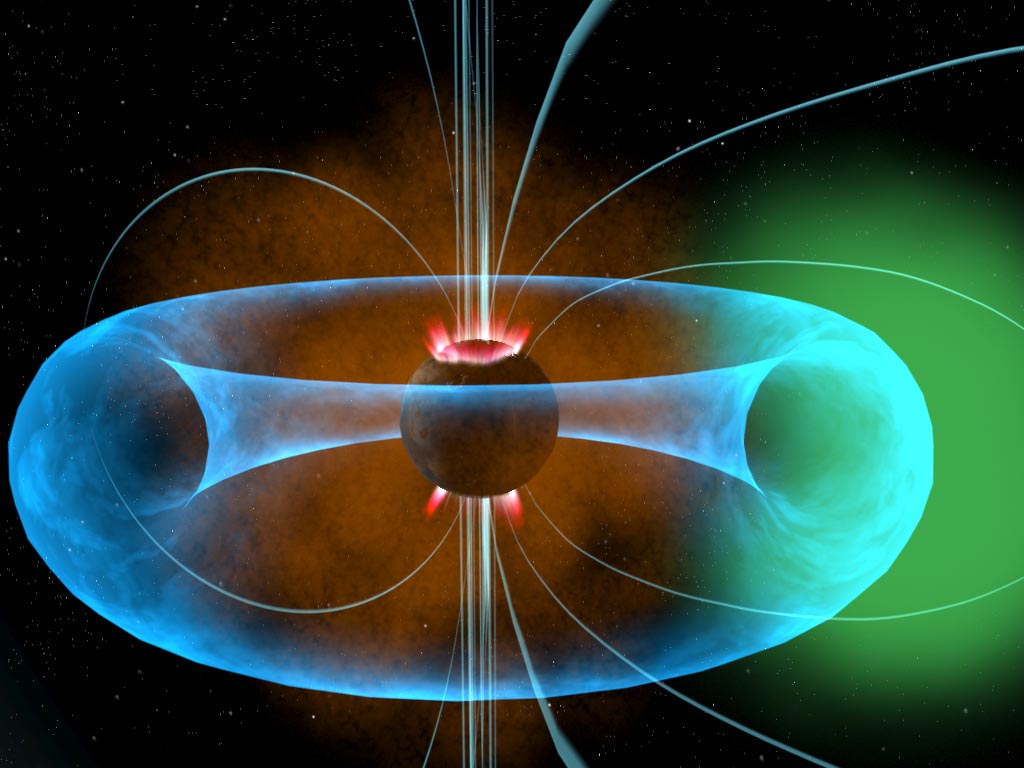 Right to the core

“This remarkable discovery, — said the head of a group of scientists Phil Livermore (Livermore Phil) from the University of Leeds. — We knew that the liquid – moves around the solid, but until recently we had insufficient data to discover this amazing stream.”

“About the Sun we know more about the earth’s core, says another team member Chris Finley (Chris Finlay) from the Danish technical University in Kongens Lyngby. — Detection of the jet — an exciting step in the study of the internal processes of our Land”.

The discovery was made possible by combining the research capacity of three satellites of the European space Agency called Swarm launched in 2013. From orbit, they measure the Earth’s magnetic field at depths of up to 3000 km from the surface, where the molten outer core is bordered by a solid mantle.

“The use of all three satellites has given us the opportunity to separate the magnetic field of the ionosphere and the earth’s crust and get the most detailed picture of fluctuations at the boundary of mantle and outer core,” explains Livermore.

The use of new data when building models has allowed scientists to figure out how the patterns changed over time.

The Earth’s magnetic field caused by the movement of molten iron in the outer core, so the magnetic field can help to learn more about the behavior of the kernel from which this field depends.

During the study of jets has been studied in two very powerful band of magnetic flux emanating from the boundary of the outer core and the mantle, located respectively under Canada and Siberia. They move as the flow of molten iron. Because their shift is due only to the physical movement of the molten iron, they are the markers by which you can track the iron stream.

Livermore compares this work to monitor the course of the river at night with floating candles. “Moving the iron drags the magnetic field. We can’t see the stream itself is of iron, the only magnetic strips,” he explains.

According to him, found the jet of the liquid substance may be an analogue in the southern hemisphere, but there is no geomagnetic methods to track the flow of magma, since it is not detected by the magnetic fluxes are distinguishable. 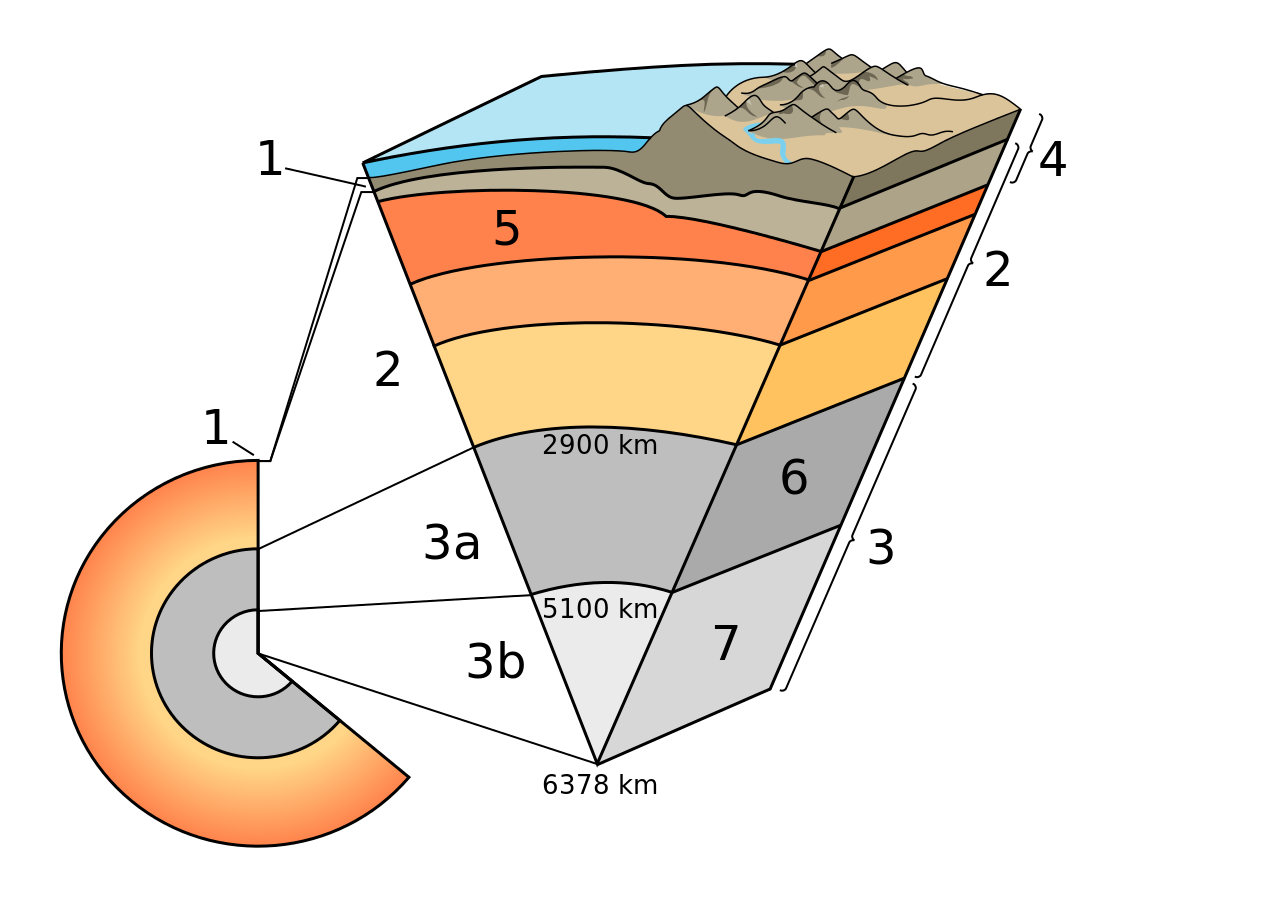 Livermore and his colleagues argue that the jet is formed by flow of molten iron around a solid core.

Close to the solid core in the outer core are rotating cylinders made of molten iron. They move from North to South. In places where the cylinders are imprinted in the surface of the solid core, they act as a pair of rollers, squeezing out the parties additional volumes of iron, with the result that the jet occurs.

So born and start a movement resembling two petals of the magnetic field, which has detected and tracked by satellite.

The question of why magnetic jet is accelerated — more than just a mystery. It can be associated with the rotation of the inner core, which, as it turned out in 2005, moving slightly faster than the crust, said Xiaodong song (Xiaodong Song) from the University of Illinois in Champaign.

Xiaodong was a member of the team of scientists that made the discovery 2005 using seismological data. “It would be interesting to link the data to the seismological and geomagnetic observation and to present them in the form of a General process in the liquid core,” — said the researcher.

By assumption, Livermore, acceleration of the jet decreases as the distance from magnetic fields. For molten iron creates a magnetic field, but, as he says, in the future, the magnetic field can also affect the movement of iron.

The study of molten jet will allow geophysicists to better understand the behavior of the earth’s core and identify the factors that affect the strength of the magnetic field of the Earth.

The change of polarity

“If we understand the origin of the field, we realize, and how it changes over time, and whether it will be weakened and re-intensified,” says Livermore.

Agree with him and other Geophysics. “The better we understand the behavior of the kernel at various temporal and spatial scales, the more we hope to learn about the appearance, updating and future magnetic field,” says William brown (William Brown) from the study of Geomagnetism at the British geological survey.

There is a suspicion that the Earth’s magnetic field weakens about 5% per hundred years, particularly after 1840. The study of magma flow could help geophysicists to more accurately predict where and when the core magnetic field of our planet will turn over, so the North and South magnetic poles will switch, which occurs every few thousand years.

Thanks to the satellite monitoring system opens a new window for monitoring the activity of the molten iron in the earth’s core in “real time,” emphasizes Xiaodong.