The rivers on Earth turned out to be 1.5 times larger 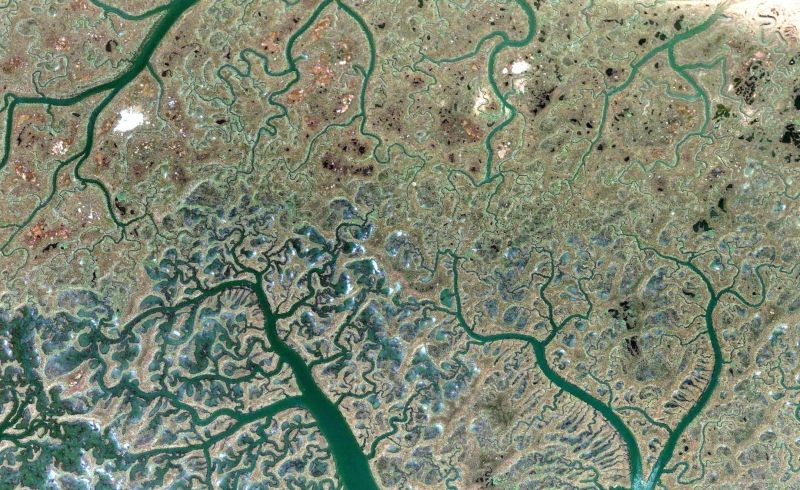 A new estimate of the area of ​​rivers and river flows of land is presented: it turned out to be one and a half times more than it was believed until now.

Geologists from the University of North Carolina gave a new estimate of the total surface area of ​​rivers and river flows of terrestrial land (except for glacier-covered areas). It amounted to an impressive 773 thousand square kilometers – almost half of previous estimates. George Allen and Tamlin Pavelsky write about this in an article published in the journal Science.

Until recently, it was believed that rivers and water currents of the land play only a moderate role in the climate, acting as transport corridors, through which dissolved carbon compounds are carried to the ocean. However, today scientists understand that they also give greenhouse gases to the atmosphere, making a significant contribution to global warming. And it’s not just about carbon dioxide: methane, nitric oxide and other volatile compounds get into rivers and form in them in large quantities – thanks to a man who fills them with fertilizers and wastewater. Subsequently, they evaporate from the surface of rivers, so their total contribution to climate processes depends on their area.

To obtain new accurate data, Allen and Pawelski used NASA Landsat satellite data. A special algorithm made it possible to estimate the amount of the river surface in thousands of pictures, and then combine these results. According to scientists, to test the operation of the computer was involved “a small army of students.” This gave a new estimate of 773,000 (± 79,000) kilometers – 44 percent higher than the previous one. The authors also noted that in the most developed regions the rivers are on the average already more branched.