The robot-builder broke the record, having printed the largest building 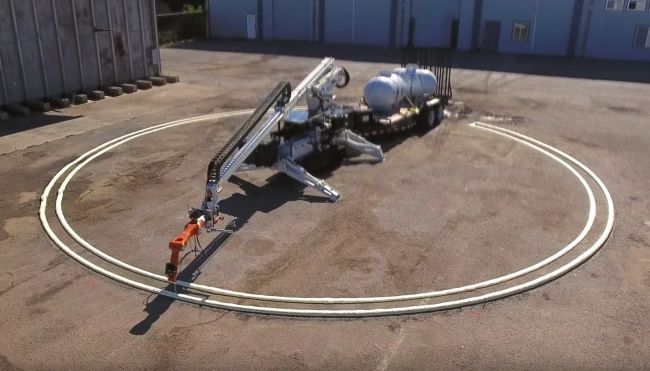 A universal robot-builder can be useful in a variety of situations: if there is a good set of tools, such a machine could dig trenches and quickly build cheap housing for those who need it, and if it is adapted to certain conditions, it will learn to build houses without problems Although on Mars, using local soil as a building material – it is this concept that was taken as a basis for MIT developers who created a universal building robot.

In the course of the demonstration, the robotic 3D print manipulator broke the record of other construction printers in just 13 hours by printing the largest frame of a residential building from all that the robot ever managed to create without a human help. He did this with a mounting foam, but the developers say that for construction, you can use other materials – glass, ice and even straw.

As a result, a very good blank for the needle was obtained.

Development differs from others in that it can not only print walls, but also knows how to dig trenches, drill and apply insulation – everything will depend on the number of attachments and the program that is embedded in it. According to the idea of ​​the developers, the robot can be improved quite a long time, gradually “teaching” it to new specialties.

Over the machine continue to work, so that the name “record” full-fledged device can only be a stretch. Again, when such an aggregate appears on sale, and whether it will appear at all, it is difficult to say – the developers themselves are silent about this.