The robot-dentist performed the first operation 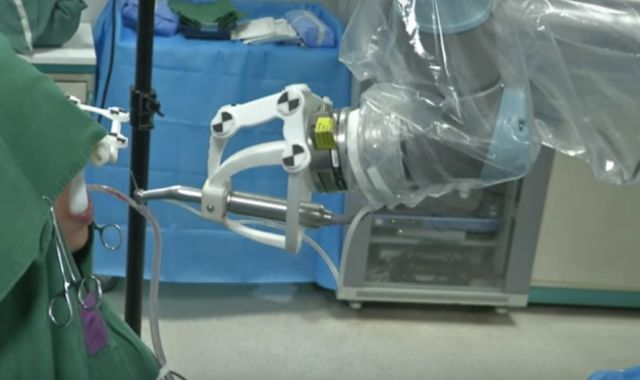 Chinese robot-dentist performed the first operation for implantation of teeth. During the procedure, which lasted about an hour, he inserted the woman two teeth without human intervention.

Although the doctors were present during the operation, they did not play an active role. Implantation was carried out in Xi’an city of the Chinese province of Shaanxi on September 23.

Dental implants were inserted with an accuracy of 0.2 – 0.3 mm, which corresponded to the required standards.

In China, the lack of highly qualified dentists. According to the developers of the robot, the device will help to fill the shortage of personnel.

The robot was created for five years by specialists from the Fourth Military Medical University and Beihang University in Beijing.