The robot-fish tests were conducted 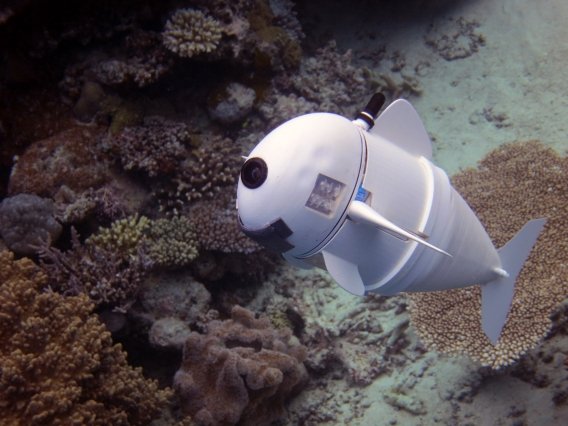 Specialists from the Massachusetts Institute of Technology have developed a robot-fish that can swim among other fish, without attracting attention. The device called SoFi was tested in the Rainbow Reef area near Fiji. The robot-fish during the tests swam for 40 minutes at a depth of more than 15 meters, providing operators with high-resolution images and video.

To control the device, specialists used a controller for Super Nintendo. The signals were transmitted by means of an ultrasound system. For the transmission of commands, waves were used with a frequency of 30 – 36 kHz.

The operator could change the speed of movement of the robot-fish, make it do the maneuvers, float up and dive. According to the developers, this is the first robot-fish not using the cable, capable of moving in three dimensions for a long period of time.

The SoFi body is made of a soft polymer, a lithium polymer battery is used as a power source, which has some smartphones. The tail of the robot-fish is equipped with two chambers, into which water is pumped. When one of the chambers is expanded as a result of filling with water, the tail is bent to one side or the other. Thanks to such movements, SoFi swims forward. For one second the robot-fish overcomes the distance equal to half the length of its body.