The robot has played the symphony on the smartphone 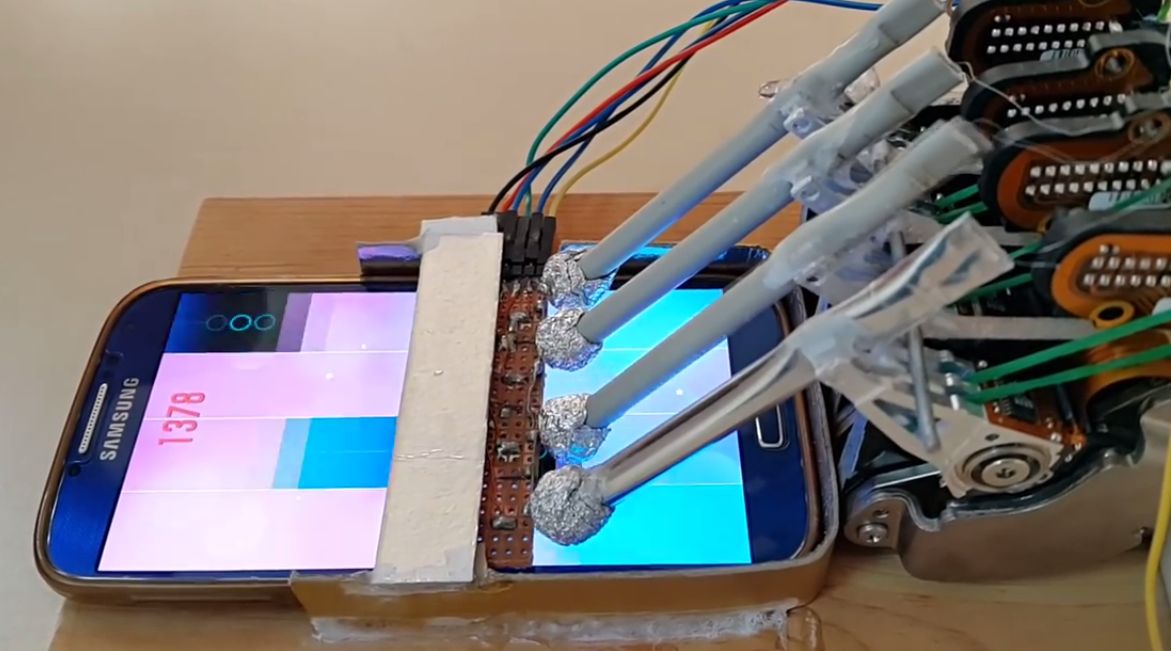 Sometimes to show impressive motor skills of the robot, at all it is optional to equip it with difficult system of pneumatic muscles. The home robot assembled in a garage from remains of the old computer shows a virtuoso playing in a musical mobile application.

The robot will compose the symphony? The robot will turn a piece of a canvas into an art masterpiece? The science finds it difficult to give the answer to this question so far. However even the primitive robot is capable to play so masterly a difficult melody on the electronic device, as well as didn’t dream the ordinary person. The talented engineer Erkan Demir collected from fragments of hard drives of the robot hand which vigorously taps on the smartphone classical composition for a piano.