The robot operated for the first time the human eye 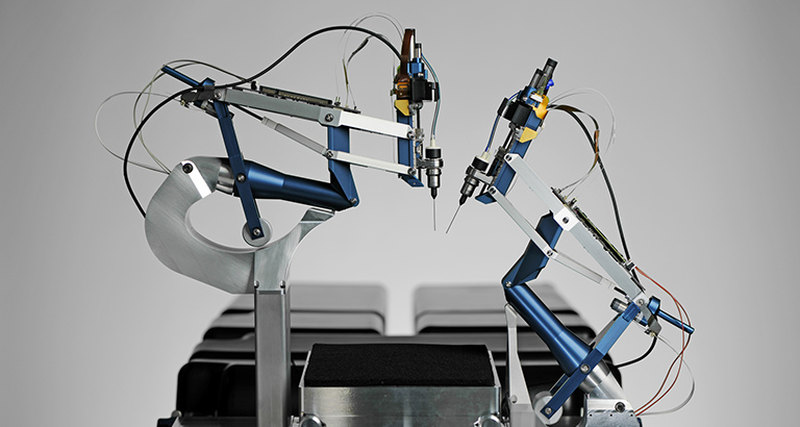 Robots have long been accustomed to operating rooms: robosurgeons are engaged in everything from the prostate to the gallbladder. Now they got to the eyes.

In 2016, Oxford University introduced the PRECEYES surgical system, a robot designed for the operation of the retina. And this Monday he helped conduct the operation to doctors, an article on the results of the experiment was published in the journal Nature Biomedical Engineering.

The surgeon uses the joystick, controlling the mobile hand PRECEYES. Doctors can attach various instruments to the hand, and since we are dealing with a robot, the system does not suffer from shivering, which persecutes even surgeons with a confident hand.

For the tests, the researchers collected 12 patients who needed to remove the membrane from the retina – this is a fairly routine procedure. Doctors conducted six operations in the traditional way, and six more with the help of a robot.

The operation begins with a tiny cut over the pupil, where the surgeon enters the flashlight. But the robot passes into the eye through a cut less than one millimeter in diameter, cuts the membrane from the retina, removes the membrane from the eye and exits the same hole. The manual surgeon does the same, but the hole is larger and you have to use a microscope and microsurgical tools.

Now, researchers want to move to operations that previously, without the participation of a robot, it was virtually impossible to conduct, for example, gene therapy on the retina with minimal traumatic effect.