The robot “Simon” flew to the ISS 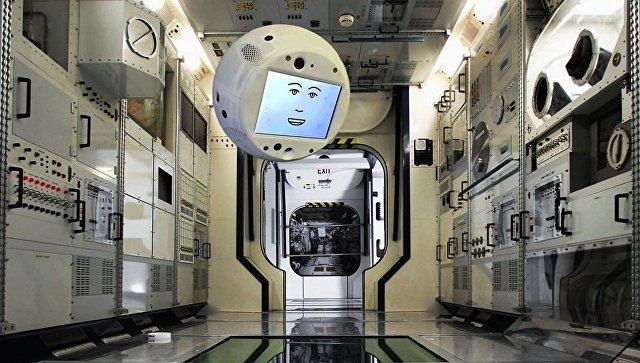 Arriving on the American space truck Dragon on the ISS, the space robot CIMON (Crew Interactive MObile CompanioN), developed by Airbus jointly with IBM, began to help the station’s crew

“The five-kilogram assistant of the station’s team is made of plastic and metal using 3D printing.With the IBM Watson AI technology from IBM, CIMON has already begun to help astronauts in daily tasks, and first and foremost – to German cosmonaut Alexander Gerst.Samples of his voice are built into the system artificial intelligence of the robot, “the press service noted.

The new colleague of the ISS team has its own “face” and voice. The robot will be used as an “intelligent” camera when performing a complex medical experiment onboard the ISS. CIMON “learns” at the station, helps to collect Rubik’s cube, learns to communicate with astronauts and learn them. The robot is capable of learning and will offer its colleagues possible solutions for the tasks set, to display work processes. Without recharging CIMON can work for two hours.

Another important function of the electronic assistant is social interaction. It is expected that communication with a new employee of the international space station will allow the crew to reduce the level of stress and the overall workload. This is especially true when planning future long expeditions to the Moon or Mars. The study of the peculiarities of the relationship between man and machine with emotional intelligence can play an important role in the success of long-term missions. Also, the robot is equipped with an early warning system for technical problems, which will increase the level of safety at the ISS.

According to the developers from the company Airbus, in the future, such robotic assistants can be claimed in various fields of activity and on Earth, in particular, in hospitals or for the provision of social assistance. Initially, the concept of the project was developed by Airbus specialists within the framework of a separate project. In August 2016, the German Aerospace and Aerospace Center in Bonn brought together experts from Airbus, DLR, IBM and the Ludwig Maximilian University of Munich to work on the project.