The robot was first used during the operation inside the eye 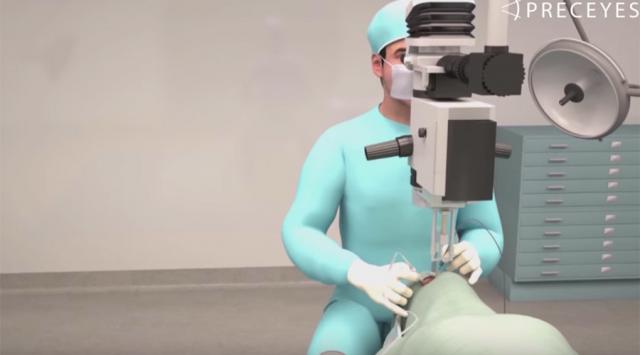 In England, surgeons first used robotic device to carry out operations inside the patient’s eyes to restore his vision. The operation was conducted by specialists of the John Radcliffe hospital in Oxford

Using the device, which is controlled by the joystick was removed, the membrane inside the eye of a thickness of a hundredth of a millimeter.

Right eye patient the Reverend bill beaver could hardly see anything because of the membrane covering the retina. The operation required great precision, made possible thanks to the use of the surgical robot Preceyes, which was invented in Holland.

The accuracy of the robot motion is also achieved through the fact that it smooths accidental shake the hands of a surgeon. According to carried out the operation, Professor Robert MacLaren, the operation was performed more efficiently than if it was carried out without Preceyes.

Often surgeons when such procedures accidentally touch the retina, leading to hemorrhage. The use of a robot allows to avoid this.