The robot will teach you how to dance a waltz 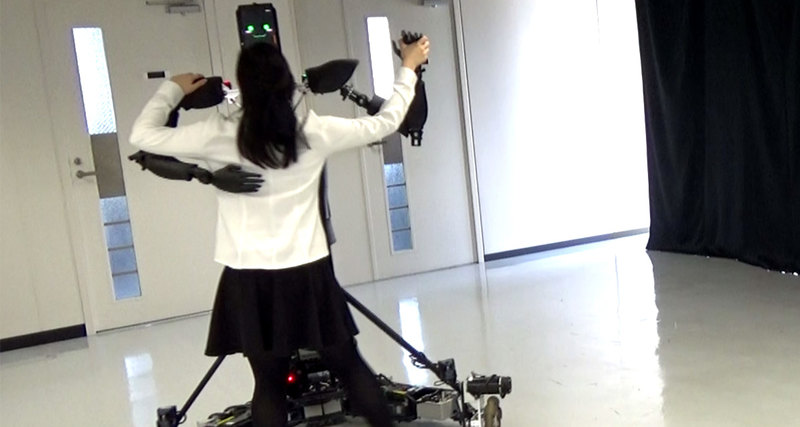 The sensors built into the robot track the movements of the person, and the computer program compares them with the steps of a professional dancer.

There is no one to go to the dance with? Do not worry, you may soon be able to compose a company … a waltzing robot. And the newcomers, who are not yet confidently dancing, teach them how to move like real professionals.

Engineers from Tohoku University in Japan created the first robot, which, when dancing with a man, not just repeats the movements, but leads the partner and tells him the right steps.

The height of the robot is almost 2 meters, it moves on wheels, but the upper part of the trunk completely imitates the movements of a real dancer. The built-in force sensor and two laser range finders monitor the movements of a person, and the computer program compares them with the recorded steps of a professional dancer. If necessary, the robot suggests how to do this or that movement. After a while, the “teacher” reduces the grip strength so that a person can dance more freely and rely less on the machine.

The program was tested on six volunteers who had never waltzed before. Five of them with the help of a robot quickly learned the basic steps.

According to the creators of the robot dancer, in the future it can be programmed for training in various sports. Also, the robot will be able to help patients during physical rehabilitation.