The Russian chemists have created the material killing with 99,9% of microbes 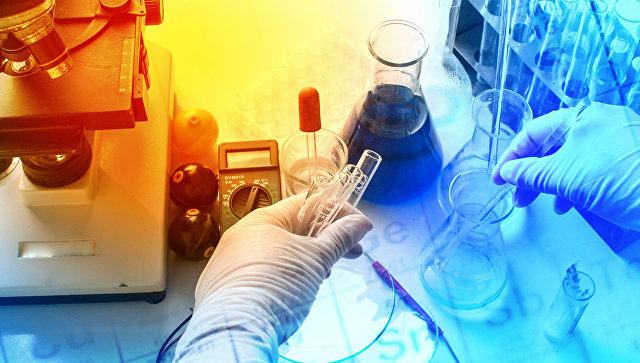 The Russian chemists developed the special polymeric covering destroying up to 99,9999% of pathogenic microbes which recipe of production is stated in article in the Materials Science and Engineering magazine.

“Frequency of the complications and secondary infections arising in case of application of orthopedic implants or catheters often reaches 10-20% because of forming of biofilms from bacteria in them. Therefore it is very important that these devices weren’t toxic for the person and at the same time quickly and effectively dissolved pathogenic microbes”, – Ivan Bessonov from Moscow State University whose the press service of the Russian scientific fund quotes declared.

In recent years patients face the increased risks, being in chambers of hospitals, resuscitation rooms, surgical halls and other medical rooms. The microbes living in hospitals and clinics, steel almost impregnable for action of antibiotics and other drugs. Many people die in hospitals or purchase the heaviest complications not of their “old” disease, and because of infection with an “impregnable” pneumococcus or staphylococcus after transactions.

Bessonov and his colleagues found a method to prevent similar succession of events, having created special polymeric material which surface would be toxic for microbes and forced them in a literal sense “to be turned inside out” and to die.

The covering developed by them as scientists tell, works as the known bactericidal medicines like a miramistin or a hlorgeksidin. However these substances are well soluble in water that don’t allow to use them as base for bactericidal paints and coverings as their “military unit” quickly to be washed away in case of contact with any sources of moisture.

The Russian researchers solved this problem, having created polymers based on a polietilenimin, one of the main components of some glues and cosmetics which are almost not moistened with water and at the same time are similar on the structure to molecules of bactericidal medicines.

Having made a covering of such material and having landed on it “landing” from colonies of a sinegnoyny stick (Pseudomonas aureginosa) and golden staphylococcus (Staphylococcus aureus), Bessonov and his colleagues traced how polymers fought against microbes.

It turned out that bacteria very much didn’t like” this covering – the number of their colonies was in thousands and even millions of times are lower on polymer of team of Bessonov, than on a regular plastic covering which is used for production of medical devices. As scientists consider, so high rate is connected not only with the fact that their polymer in itself possesses bactericidal action, but also with its water-repellent properties.

This material as domestic experts consider, can be applied to production of the implants subject to “overgrowing” by biofilms, the surfaces of medical devices and operating tables, and also to some other the purposes. For example, filters on the basis of these substances can be used for cleaning of reservoirs of seaweed and blue-green bacteria whose “blossoming” does water toxic for the person and animals.