The Russian collider will help with preparation for flight to Mars 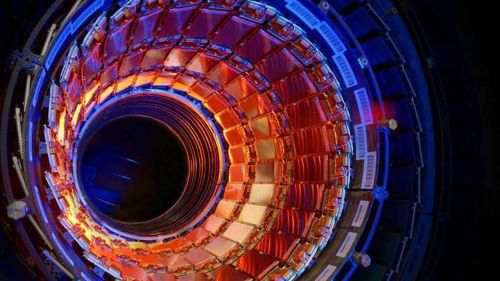 The collider of the NICKNAME which is built in the city of Dubna situated near Moscow will be used not only for carrying out basic physical researches, but also for the decision of application-oriented tasks.

Universe model
Among basic researches which will be conducted with use of a collider of the NICKNAME – simulation of microscopic model of the early Universe. According to physicists, during this period substance was incandescent and the dense. Later from it protons and neutrons, and were formed of them – world around objects.

These researches will help us to explain many processes happening in neutron stars – midget objects with a huge density – and, perhaps, to find a method to use their energy as alternative existing a power source.

Grigory Trubnikov
Project manager of the NICKNAME, vice-director of the Integrated institute of nuclear researches, professor of department of the theory of management systems electrophysical equipment of St. Petersburg State University

From flights to Mars before cancer therapy

Scientists intend to use a collider for search of new techniques of cancer therapy. Malignant tumors it is supposed to treat by means of a bundle of particles which is created in a collider.
Besides, installation is used for a research of influence of radiation on operation of electronics. It is necessary for preparation for flights to Mars and the Moon.

26 countries of the world participate in creation of a collider of the NICKNAME. From one hundred institutes which work on the project, more than 60 – Russian. The project is estimated at 20 billion rubles, a third of financing is selected by Russia.

NICKNAME will include four 200-meter rings, their creation will be finished in 2023. However experiments will launch in 2018, gradually increasing their complexity.