The Russian scientists have learned to operate the movement of icebergs 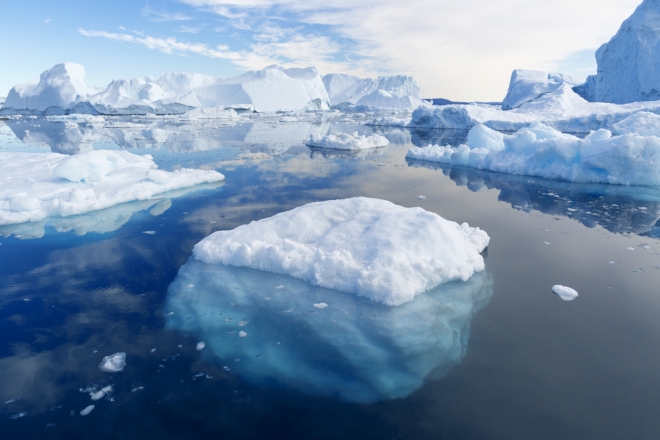 Participants of the Arctic expedition organized by the company “Rosneft” for the first time in the history successfully made experiments on towage of the icebergs drifting in the Kara Sea. Many ice floes were in tens times more of the towing vessel, and the weight of the largest exceeded one million tons.

Floating icebergs pose a real threat not only for navigation what the tragedy with “Titanic”, but also for an industrial equipment on the Arctic shelf where oil extraction is conducted reminds of. The only way to avoid pernicious collision — to change a trajectory of movement of an ice floe. However it isn’t so simple to make it.

It is known that everything that is seen over a water surface, is only an iceberg top, a component of only 10% of all block. And the latent form under water of a part it is impossible to predict the sizes in advance, as well as his behavior in case of contact with a motionless construction. In certain cases it can even turn over or float absolutely in other party.

According to specialists, towage of an iceberg — the jewelry work requiring faultless accuracy. Difficulties are added by the winds and poor visibility characteristic of the high seas. The Russian scientists from the Arctic and Antarctic research institution managed to cope with this task thanks to development of unique technology. Carrying out 12 experiments was according to the plan supposed, but participants of expedition which went from the city of Murmansk in the middle of September performed whole 18, and only two of them passed not really successfully.

In what way scientists “tamed” icebergs?

As the chief of expedition and the senior assistant of the captain when the icebreaker ship approached an iceberg told journalists, in water lowered a rope, then became swollen an ice floe around and from the deck caught the second end. The cable was fixed and began towage. The biggest ice floe which managed to be “caught” weighed more than one million tons. In case of such loading it was necessary to watch carefully that the towing cable didn’t tear.
The team remained is completely satisfied with results of experiments. The developed technology perfectly proved to be in case. “We consider, all tasks are carried successfully out — the assistant to the captain Albert Mospan told. — On the vessel and the equipment no damages are revealed. It is possible to continue work, having taken this practice as a basis”.