The Russian scientists have learned to turn coal into gold 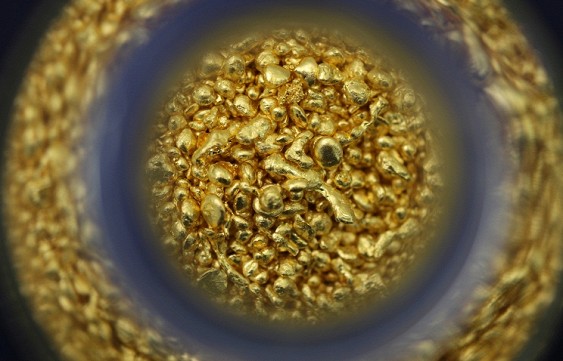 The Far East scientists of the Amur scientific center FEB RAS thought up and created unusual installation which allows “to extract” gold from coal.

The device is experimental and further, it can be implemented on one of boiler rooms of the Amur region. And plan to make it in 2017.

The CEO of “Complex innovative technologies of the Amur scientific center” Oleg Avakov expressed confidence that thanks to this installation there will be a big advantage. “The fact that on filters both useful, and harmful components are besieged is already proved by scientists. If installation even catches a half – it is, say, half-gram on ton, – it is easy to count that what is economic effect. That is the ton was burned – 1500 rubles received”, – he considers.

Parts of gold in case of burning out of coal will accumulate on the filter through which there passes smoke. By a method of scientists, from filters it will be possible to take a gold-bearing concentrate and to transfer him for a refining, that is receipt of pure gold. At the same time smoke from fuel combustion shall pass hundredfold system of cleaning before. Specialists already managed to patent the unusual method of production of precious metals.