The Russian scientists look for the recipe of immortality 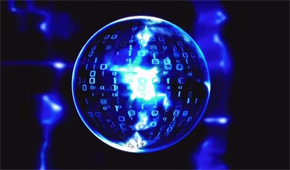 Scientists from MIPT together with colleagues from the InSilico company created the program for check of means which in the theory shall slow down aging.

Annually scientists open hundreds of molecules of the substances capable to slow down aging of animals. Experiments on mice, worms of a class of nematodes, yeast and other organisms are made. But it is unknown whether these means to prolong human life will be able. Scientists study this question.
Aging of the population — one of the global problems facing mankind. Development of effective approaches for creation of geroprotektor and their validation in relation to the person — an urgent challenge for biomedicine. We offered the possible approach which is bringing closer us to the solution of this task.

Aleksey Moskalyov
head of the laboratory of MIPT

Research
Biologists from MIPT and InSilico found a method to accelerate the procedure of a research influence of the substances which are slowing down aging, per capita. By means of the computer Geroskop program they model process of change of human cages under the influence of these means. Scientists compared the level of influence of molecules of “immortality” on DNA of a young and old organism.

Calculations were made on the most powerful graphical Nvidia Tesla K80 accelerators.

The best influence was shown per capita by two molecules — NAC and PD-98059. The first substance was found in the course of experiences on mice — it was succeeded to prolong their life by 40%. The second means was checked on drosophilas — they grew old for 27% more slowly.

Authors are happy with results of a research. It was necessary to wait for testing of the molecules NAC and PD-98059 on real people.