The sad life of the smallest insect in the world 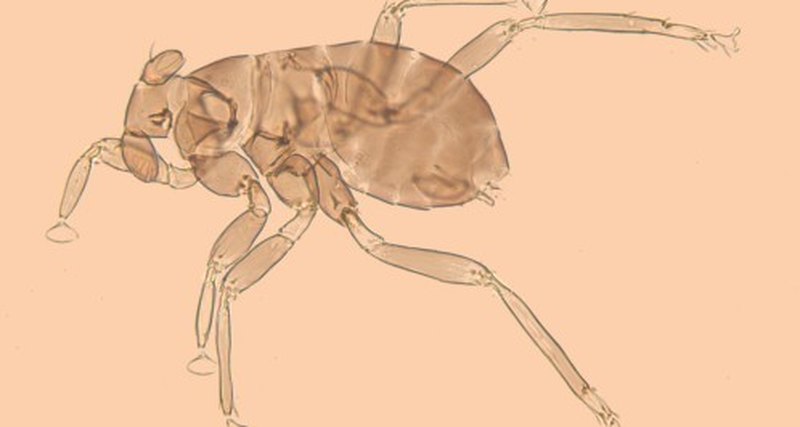 Males of the smallest insect in the world do not eat, do not fly and do not see anything and could not, even if they wanted to; nature has given them neither eyes, nor mouth, nor wings, leaving only the ability to be born, to fertilize the female and die.

Males Dicopomorpha echmepterygis are the smallest insects in the world. Their body length is only 139 microns, they are almost one and a half times smaller than females and represent an example of radical evolutionary minimalism; they have reduced eyes, mouth slit, wings and almost all the antennae except for two in the upper part of the body and one sensilla, an organ that simultaneously responds to the sense of smell, touch and taste, so that the unhappy reduced male has at least some idea of ​​the world around him. 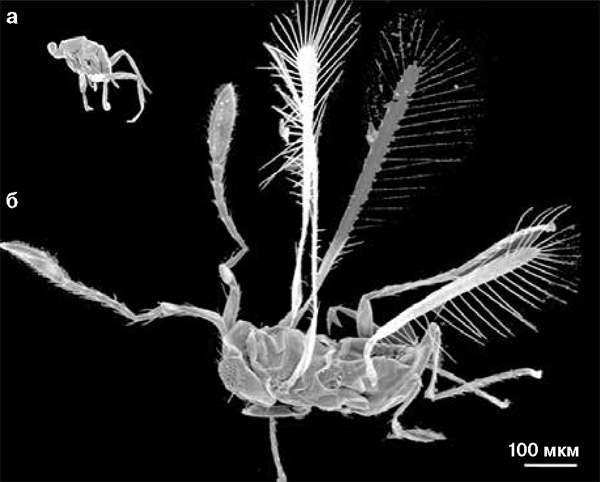 The surrounding world of the male D. echmepterygis is the egg of the host (another insect,) into which the female lays its eggs. Males do not eat, almost do not move and live for several minutes; hatching, they impregnate the female, which hatched side by side, and immediately die. The fertilized female eats the host’s egg from the inside, is selected outside and looks for a new egg to lay the masonry. Similarly, the life cycle of another insect – the wasp-parasites Melittoba acasta. The males of these wasps also have no eyes or wings; they spend their entire short life in the cell of the owner’s honeycomb, the wasps are larger, in the expectation that a female will come to them “to visit”.