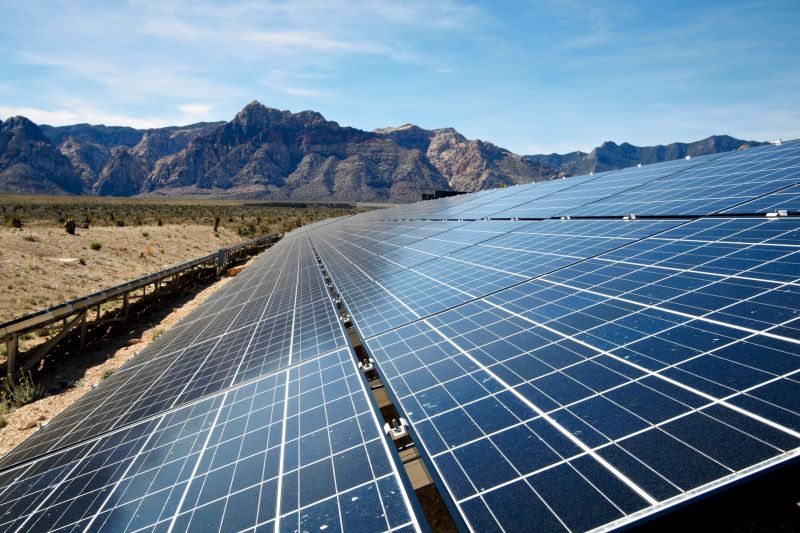 Climate modeling showed that if we cover the Sahara with large solar and wind power plants, the desert will get enough rain and again turn green.

Tens of thousands of years ago, the Sahara was fertile and gave shelter to early people, traces of which are now found in abandoned caves. But in the future, people and life can return to the vast expanses of the desert. Scientists have long been eyeing them: there is so much sun and wind (and so few people) that the Sahara can be an ideal place for the deployment of large-scale projects for obtaining renewable energy and selling it in the markets of Europe and the Middle East. Moreover, as it turned out, such projects can again make the Sahara wet and fertile.

In the journal Science, the meteorologist from Argentina, Eugenia Kalnay, and her colleagues write about the results of the Sahara climate modeling if the entire area (more than nine million kilometers) is covered by solar and wind power plants. It would be a colossal megaproject, producing more than four times as much energy as all the consumption of humanity today. But its “side effect” will be a sharp increase in precipitation. According to scientists, on average their level will rise more than twice, and especially noticeably – in the Sahel, in the south of the desert. As a result, vegetation will also increase, and the vegetation cover will increase. 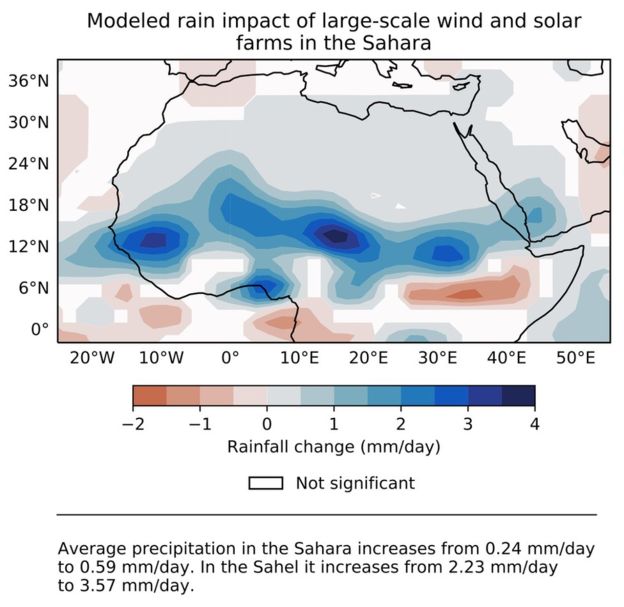 Simulation results: an increase in precipitation may be particularly significant in the south of the Sahara / © Li et al., 2018

The reasons for this are clear. Wind power plants of large scale affect the movement of winds and increase air mixing. The solar panels shield the earth’s surface from direct sunlight and cool it. Eugenia Kalnay and her co-authors believe that this will be enough even for agriculture in the territory of the present desert – so far one of the most waterless in the world. Scientists conducted similar simulations for other desert regions of the world, but due to the peculiarities of the local climate in them the influence of power plants will not be so noticeable. Yes, and the size of the Sahara exceeds any other desert, and for the impact on the weather scale is important.