The satellite captured the tip of the super-berg 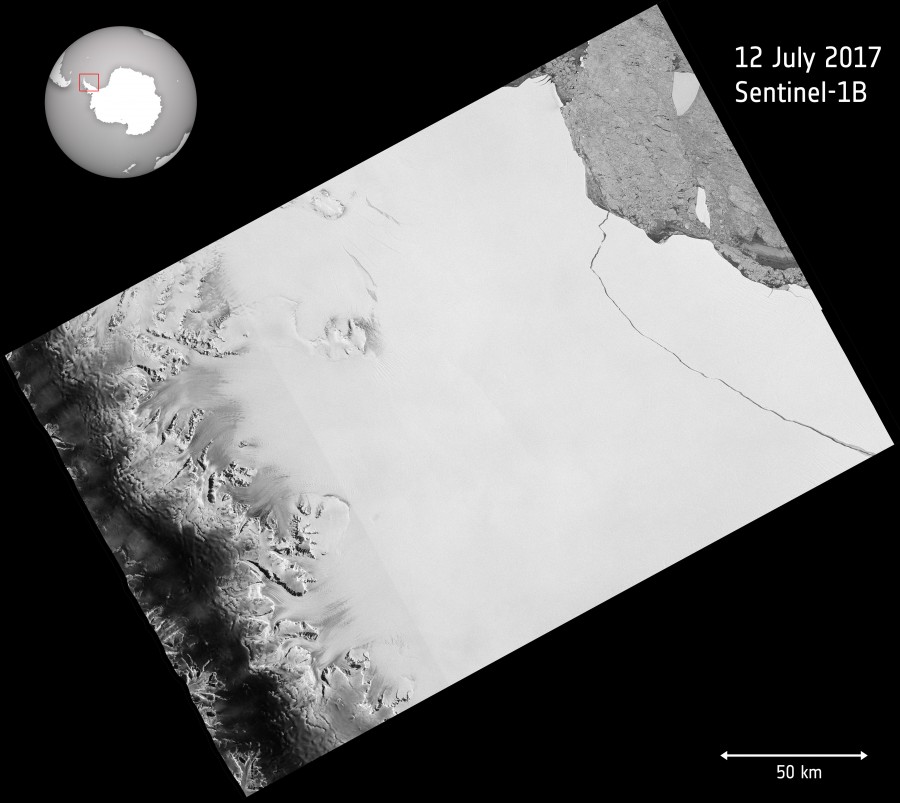 Between July 10 and 12, one of the largest icebergs in history was broken off from the Larsen C Antarctic glacier. As predicted, its area was more than 6 thousand km2, which is comparable to Brunei. Iceberg weighs over a trillion tons and contains almost as much water as Lake Ontario. After its separation, the area of ​​Larsen C decreased by more than 10%.

The satellite Sentiel-1 managed to capture the process of the birth of the super-berg. Since the polar night reigns in Antarctica, a radar was used for observations. 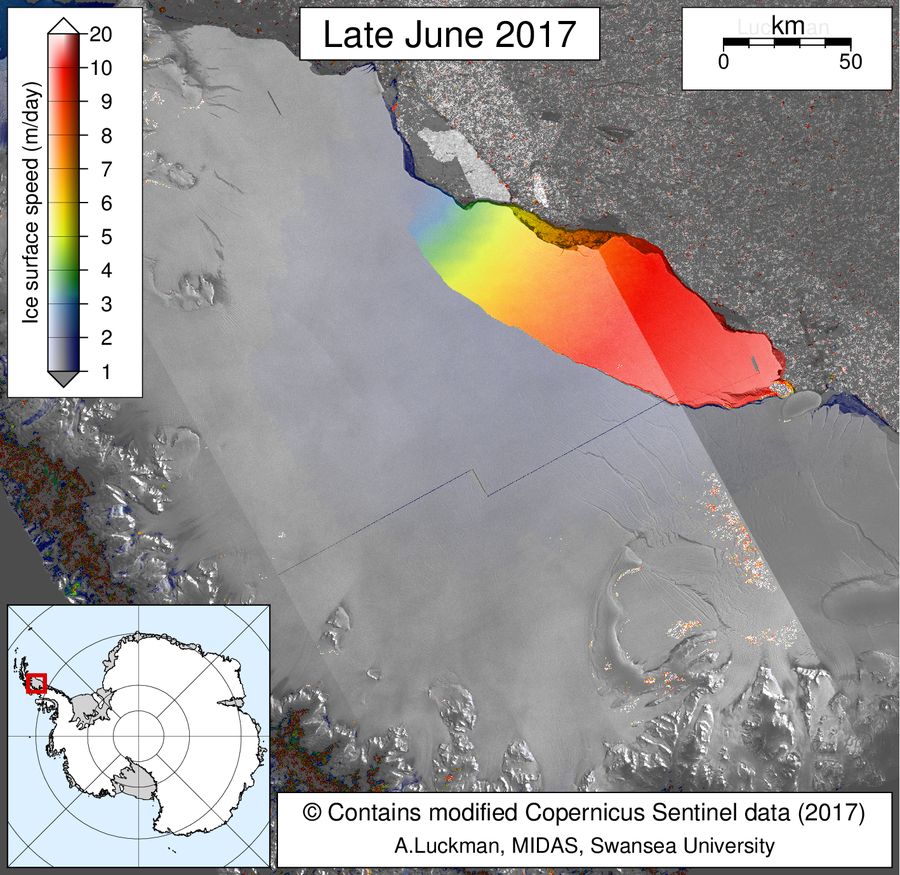 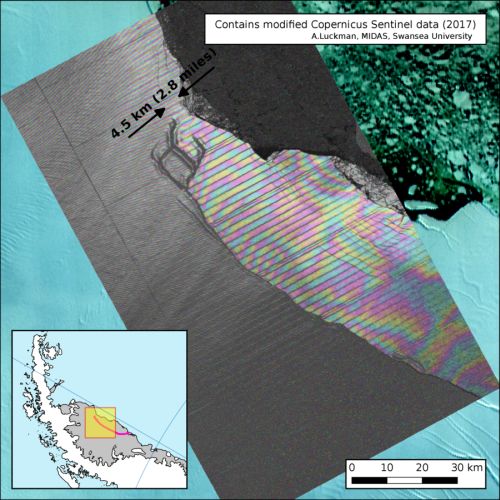 The formation of the iceberg was expected. The crack in the glacier Larsen C began to grow in January 2016. But none of the specialists assumed that the process would be so swift. The growth rate of the crack constantly increased, far surpassing all forecasts. In January 2017, it grew by 20 kilometers, reaching a length of 175 kilometers. By the end of May, it was less than 13 kilometers from the edge of the glacier. 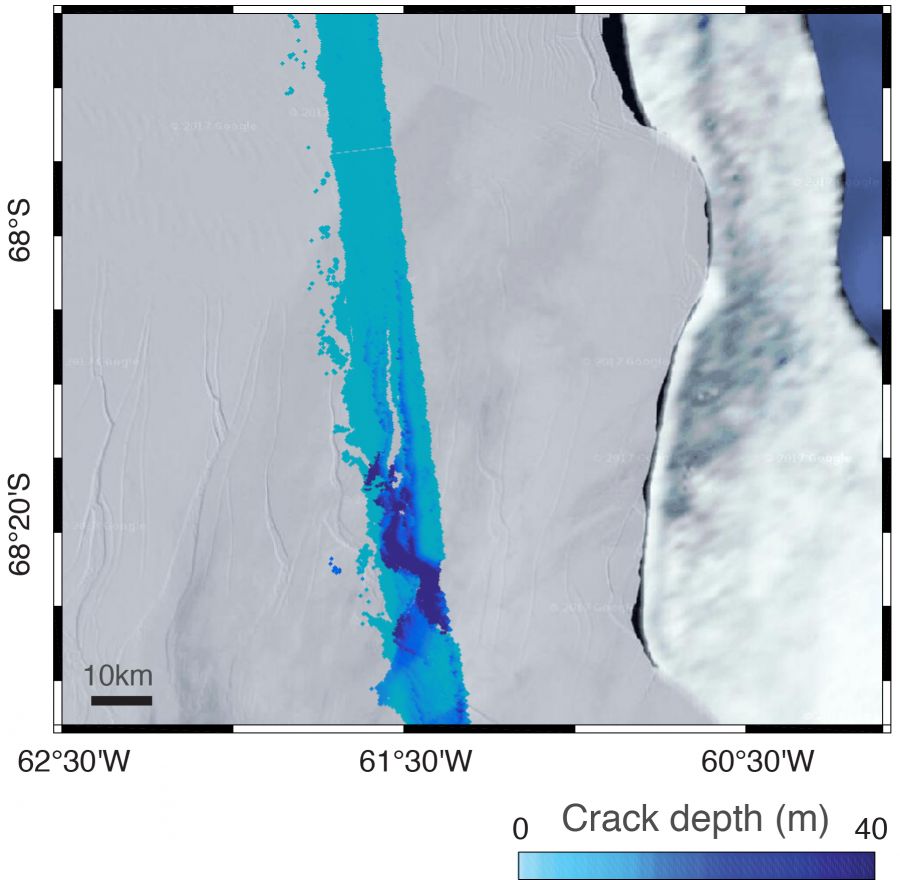 The further fate of the iceberg is difficult to predict. Sometimes such objects can remain near the coast of Antarctica for several decades after being separated from the shelf. But still, it is much more likely that the new iceberg will quickly fall apart into a number of smaller ice floes, which will then be carried by the current to warmer waters.

The loss of such a large fragment will greatly accelerate the process of destruction of the glacier residue. Fortunately, Larsen S is a shelf glacier, i. Already in seawater. If it was located on the mainland, its melting would lead to an increase in the level of the world’s ocean by 10 cm.