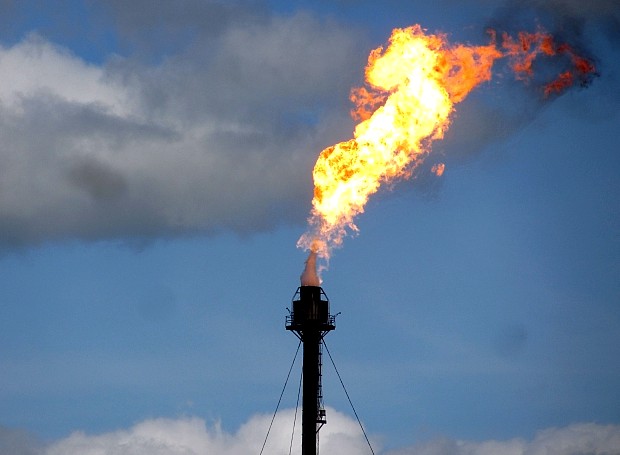 The Sentinel-5 Precursor satellite helped establish that the increase in methane concentration in the lower atmosphere over the southern US states was caused by a leak from the Perm oil and gas basin. Access to this facility for environmental research is difficult for legal reasons, but accurate satellite observations made it possible to do without direct sampling. About 4.6 percent of the natural gas produced from the Perm basin is lost, polluting the air and jeopardizing the health of the local population and the balance of ecosystems. As reasons, the authors of an article published in the journal Science Advances cite an underdeveloped oil production infrastructure and recommend abandoning the flare method of flaring associated gas due to its serious environmental hazard.

The potential impact of methane on the greenhouse effect is 28-34 times higher than that of CO2. Its environmental hazard also lies in the fact that it is the precursor of extremely toxic tropospheric ozone. The production of natural oil is almost always accompanied by leaks of associated petroleum gas, which is methane mixed with other hydrocarbons. High pressure gas is collected and used by people, but at a pressure of less than five bar this process becomes difficult and unprofitable. Often, such gas is simply burned in flare plants, although environmental organizations do not recommend this.

In Russia, for example, oil producers are required to burn no more than 5 percent of associated gas, but in 2016 they burned about 12.4 × 106 tons, which is at least 14 percent (however, large leaks were not detected). By 2017, the situation had improved, and many Russian companies were able to achieve the required indicators.

The largest oil and gas field in North America is the Perm basin, located in the states of Texas, New Mexico and Oklahoma – it produces more than 30 percent of crude oil and 10 percent of natural gas in the United States. Environmental monitoring of this basin is difficult: the laws of neighboring states in the field of environmental protection and property rights are significantly different, and in many places it is impossible to take samples.

Scientists led by Yuzhong Zhang from Harvard in 2018 analyzed data from the Sentinel-5 Precursor satellite. This satellite is equipped with TROPOMI, a troposphere monitoring tool that measures the concentrations of ozone, sulfur and nitrogen oxides, methane, carbon monoxide and formaldehyde in the air. Experts noticed an increase in methane concentration over the southern US territory and suggested that this emission could indicate a leak from the Perm basin. 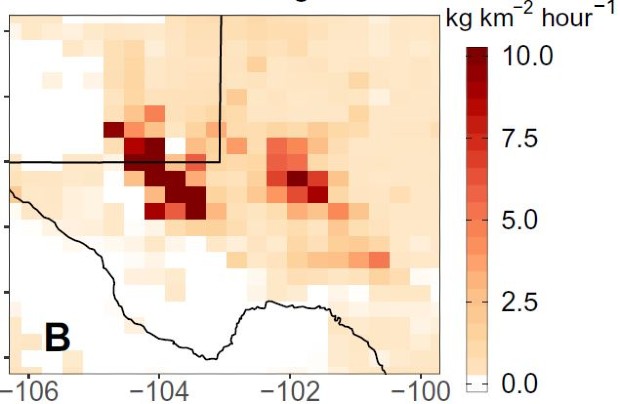 The authors of the study continued their observations, and for 11 months from May 2018 to March 2019, they recorded total methane emissions from the Perm basin weighing (2.7 ± 0.5) × 106 tons. This accounts for 4.6 percent of all gas produced in this basin and is 60 percent higher than the average leakage at other US fields. That amount of gas can provide seven million homes in Texas. 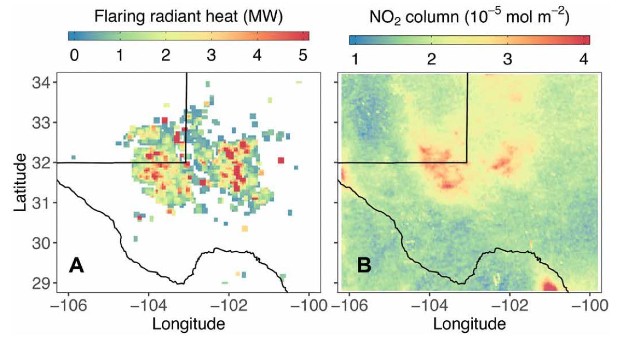 Scientists suggest that a serious leak of methane and its concomitant increase in the concentration of nitrogen dioxide are due to insufficiently developed infrastructure for the collection, processing and transportation of natural gas. Satellite observation data indicate that the gas is burned in a “dirty” flare method, which cannot ensure the complete decomposition of associated gases into non-toxic compounds. In the absence of the necessary environmental protection measures, pollution will continue and entail public health risks and damage to local ecosystems.