The scale of the “carbon footprint” of rich people is determined 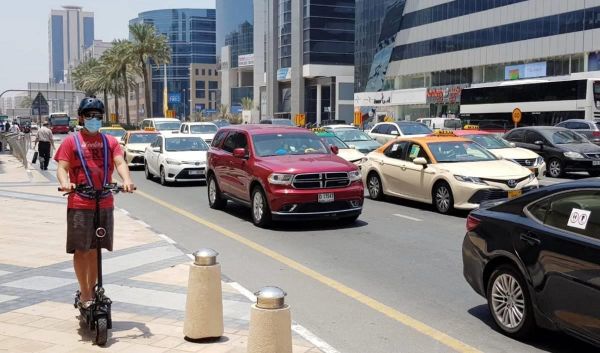 Over the course of 25 years, the study found that the 1% of the wealthiest people contributed more than double the carbon dioxide emissions of the 50% of the world’s poor.

Oxfam has published a new study in collaboration with the Stockholm Environment Institute. According to him, from 1990 to 2015, 1% of the richest people were responsible for the emission of almost three times more carbon dioxide than 50% of the world’s poorest people.

“Excessive consumption levels by a wealthy minority are fueling the climate crisis and putting the planet at risk. No one is immune to this, but the world’s poorest pay the highest price even though they are responsible for the least emissions: they fight floods, hunger and cyclones, ”said Danny Sriskandaraja, CEO of Oxfam GB.

So, all over the world, 10% of people have an income of more than 35 thousand dollars a year (approximately 2.6-2.7 million rubles), and the richest 1% earn over 100 thousand dollars (7.6 million rubles). According to experts, 10% of wealthy people (about 630 million people) accounted for about 52% of all CO2 emissions over the 25-year period studied. And the richest – 15% of emissions (more than twice as much as the poorest half of humanity (7%)).

“These levels of carbon emissions from the rich mean that while we have brought the world to the brink of climate disaster by burning fossil fuels, we still have not been able to improve the lives of billions of people,” said Tim Gore, head of policy and advocacy at Oxfam International. – The global carbon budget was not spent on improving the situation of all segments of humanity. <…> And we have to ensure that carbon is used in the best possible way. ”

According to the authors of the report “Countering carbon inequality”, the unrestrained pace of consumption and the excessive love of wealthy segments of society for “high-carbon” transport depletes the so-called global carbon budget (CO2 emissions budget: this is understood as the permissible total anthropogenic carbon dioxide emissions over a set period of time).

Carbon dioxide emissions lead to warming of the atmosphere. At the same time, scientists have repeatedly reported that a temperature increase of more than 1.5 ° C compared to pre-industrial levels can cause irreparable damage to the environment. If the situation does not change, in the next decade, CO2 emissions from the richest 10% of people will be enough to subsequently trigger a 1.5 ° C rise in temperature, even if the rest of the world immediately reduces its emissions to zero, according to Oxfam.

As the authors of the report note, it is unfair to allow developed countries and their wealthy citizens to consume much more than the poor. As the planet moves towards renewable energy and people are phasing out fossil fuels, it is best that any emissions that are still unavoidable are the result of attempts to provide the poor with access to basic amenities.

“The best possible morally justifiable goal is for all of humanity to live a decent life, but [the carbon budget] has already been spent by the rich to get richer. <…> We are not talking about people who fly with their families on vacation once a year, but about people who travel long distances every month – and this is a rather small group, ”Gor added.

According to him, it is transport that is one of the key factors in this situation: for example, the rich tend to ride large SUVs. Therefore, experts propose increasing “luxury taxes” and even introducing a levy for frequent flyers of airlines, and use the proceeds, including to improve the situation of the poor.

As for the Covid-19 pandemic and the restrictions and lockdowns introduced in connection with it, on which eco-activists had high hopes, according to experts, the overall impact of the coronavirus on the carbon budget is likely to be insignificant: after the abolition of quarantine measures, the previous emission levels practically recovered.