The schoolboy assembled a real nuclear reactor at home 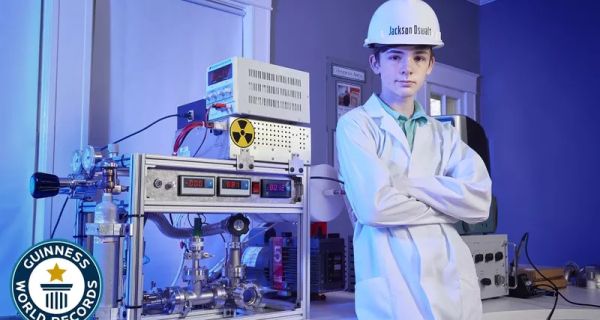 12-year-old American Jackson Oswalt managed to independently design an operating nuclear reactor and got into the Guinness Book of Records.

A schoolboy from Memphis in the US state of Tennessee began building a nuclear reactor at his home after reading that his compatriot Taylor Wilson was able to carry out nuclear fusion at the age of 14, setting a world record. Jackson Oswalt decided to break this record and spent two years developing his own reactor.

According to him, he did all the work on his own. “The project was very difficult. I would say the hardest part was figuring out how to make airtight insulation. It took me about half a year to finally get it right, ”said Oswalt. The parents supported the teenager, although they were excited by the process.

“I read everything I could find on the Internet,” his mother said and emphasized that Oswalt was good at explaining what he was doing, although neither she nor the boy’s friends could believe that the nuclear fusion reaction could be taken and carried out from yourself at home. Now the schoolboy convinced them otherwise and won the title of the youngest person in the world to build a reactor.

In some way, the student was helped by quarantine – because of the restrictions imposed by the authorities, the teenager did not leave his home and managed to study a huge amount of educational materials on the Internet in order to complete the project to create a nuclear reactor and carry out a nuclear fusion reaction. Now he decided to try his luck in other fields of science.