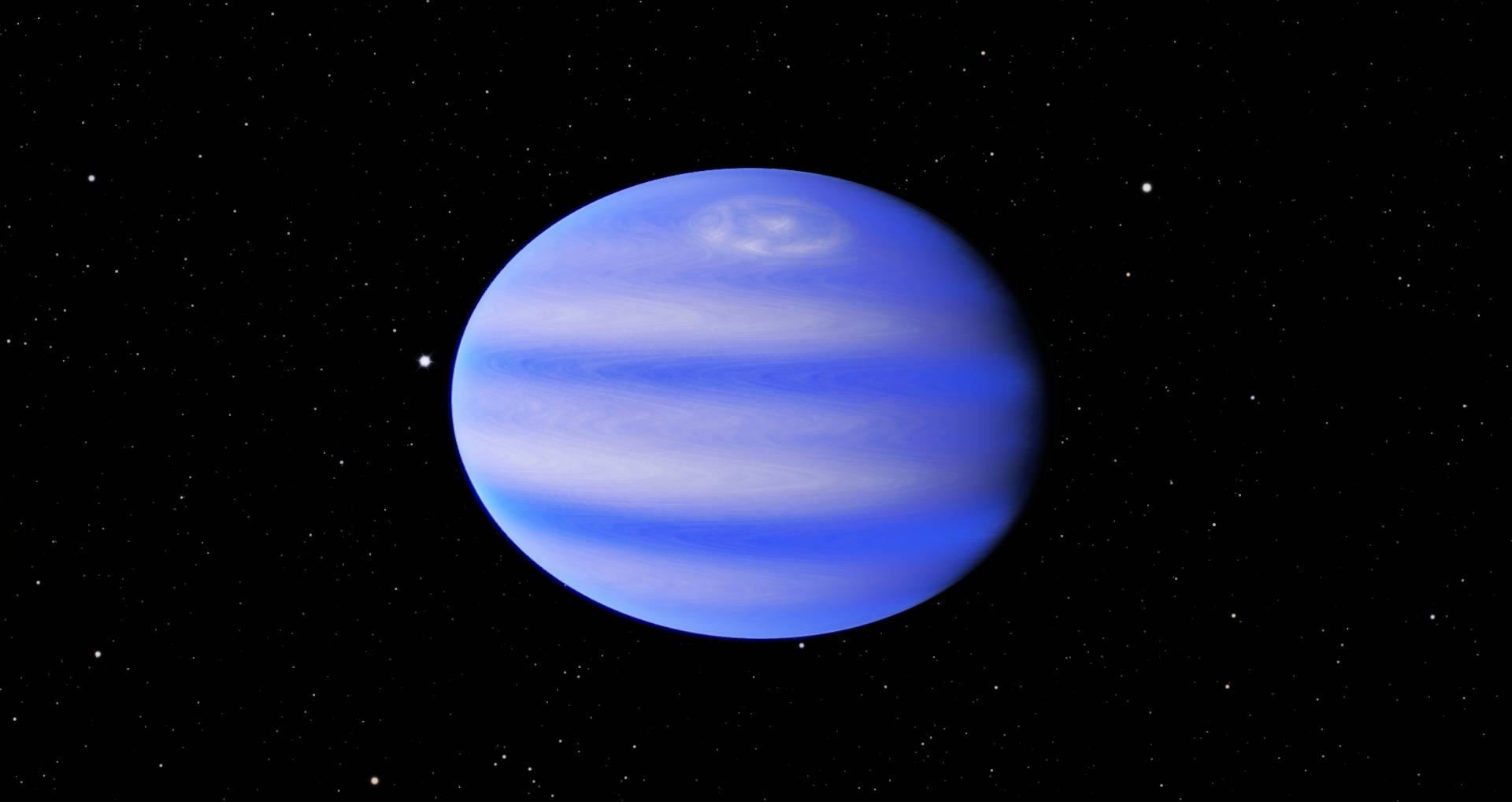 The large, promptly rotating stars can become flattened from poles, twice accelerating change of seasons on the planets: in a year some of them can pass two heated summers and two ice winters.

Our Sun – a star ideally average and quiet. Large and massive stars rotate far quicker him – so quickly that get out of spherical shape and under the influence of centrifugal forces are extended in the plane, a perpendicular axis of rotation. Plasma on the equator of a star moves quicker than the central sites and quicker cools down, radiating much more weakly than poles. The American astrophysicist John Ahlers has considered how this effect can influence climate of the planets rotating around such stars. The scientist has presented results of work on service of pre-prints ArXiv.

It is worth reminding that planets are formed of the same gas-and-dust cloud, as their maternal stars therefore most of them rotates in the same plane, as a star, around her equator. However also such planets which orbits as a result of various gravitational influences have deviated this rule meet. In this case on some sites of a trajectory of the movement they will pass over the equatorial areas, and on others – is closer to poles.

Such large stars radiate big, than our Sun, a part of the energy in the form of ultraviolet rays. According to the calculations which are carried out by Elers within a year the planet with the deviated orbit can receive different amount of energy with an UF-radiation, and the related temperature of her surface can change within 15%. And as the planet passes closer to a pole or to the equator twice for one turnover of an orbit, such “change of seasons” on her has to happen two times a year too. In the most extreme cases it can lead to bystry change obzhigayushche of ice winters and the heated summer.